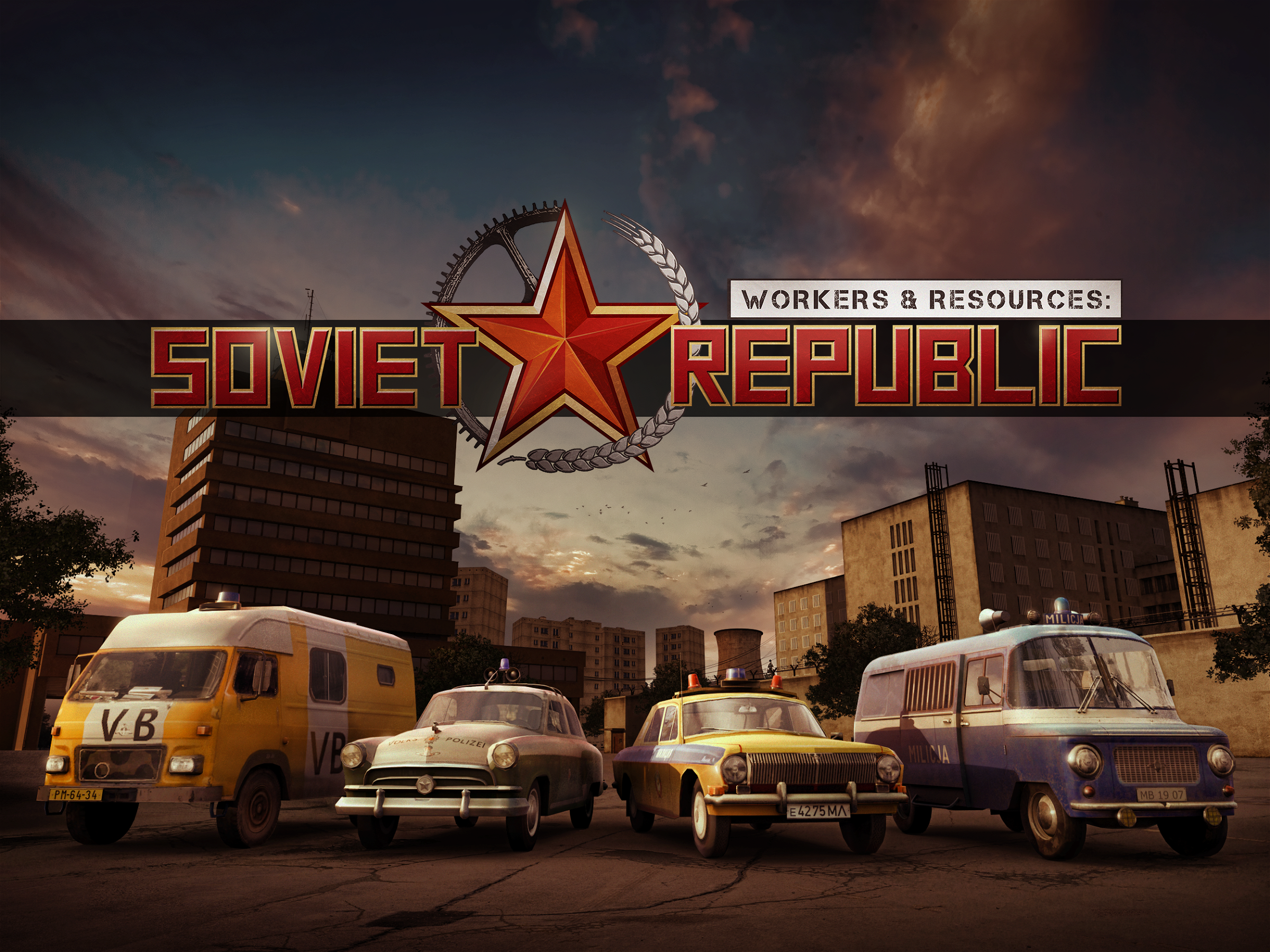 Workers And Resources- soviet republic is a city builder/ management game developed and published by 3Division. Its out now on Steam, here’s a bit more about the game-

(Just a quick note, 3Division is a Slovakian developer. The game is created to provide entertainment and it is not a manifestation of political beliefs and worldview of the development team. If you want to read their full statement regarding events in Ukraine then you can here.)

I think that Workers looks fantastic, it’s very rugged and old fashioned in its look. There’s been plenty of attention to detail with buildings and vehicles to really give off that soviet era theme. Audio follows suit with  soviet style music playing in the background as you build your city. It creates a very authentic experience and actually quite an immersive one

The level of management gone into the game is unreal, you run just about everything down to the amount of fuel in the tanks of your vehicles. Workers is a very deep management game. If that’s not to your liking though you can easily scale things back for a simpler experience as you get into the game. There’s a pretty in depth economy too allowing for trade in different ways and prices move around depending on other factors. It’s all very deep and rich, you really have to think about a lot of things in order to get the most out of your city.

There is a rather simple tutorial that touches on a variety of important points in order to get you started. I’d rather learn as I played with maybe the tutorial implemented alongside building my first city but the tutorial was still really useful and helped a lot with learning the basics. Some aspects could have been done with a little more explanation rather than the brief mention they got but otherwise it shows you more than enough to learn the ropes.

Workers is a fantastically deep and immersive management game in which you can either manage every single small part of your city or take a more relaxed approach. The graphical style and audio makes for a really authentic and enjoyable experience and it’s one I’ll be continuing to enjoy without a doubt.