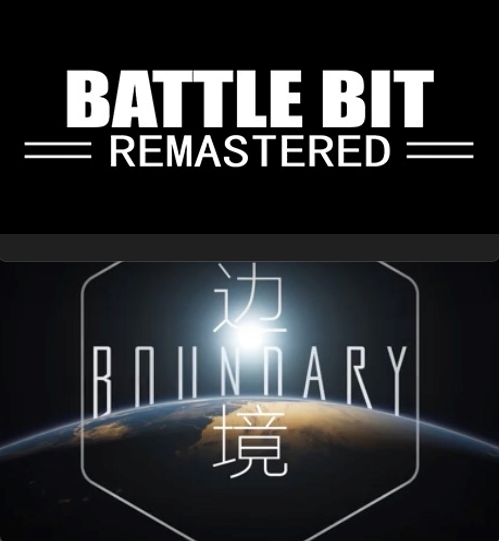 Both games are in early development. Neither are currently in Early Access

Battle Bit is a pretty interesting FPS shooter for sure, mentioned by many as a game that is ‘already better than Battlefield 2042’, Battle Bit heads down the low poly route in order to create a very solid first person shooter experience on mass scale. Even though there were initial issues with servers at the start of the playtest I did eventually find games that were enjoyable and well balanced.

Some modes are short though, 64 v 64 deathmatch doesn’t last long and battles on smaller maps with bigger player counts can result in some matches being completed unbelievably fast.

The game is currently pre early access and you can get involved with the next play test that will take place in the next 40 or so days. Search Battle Bit remastered on Steam.

Boundary is another FPS set in space, unlike battle bit, Boundary focuses on smaller squads fighting each other with 5v5 seeming to be the choice. This does bring a plethora of issues however with small team based battles needing a full complement of 5 players on each side to be competitive. After a few matches mainly on Capture I was left feeling a little off about the movement. Even though you’re in space you do feel somewhat stiff, I also noted that spotting enemies was pretty tough initially. Maps are very open and if you’re very unlucky you can be spawn killed with relative ease.  the other big killer was the Ping, obviously its an early playtest and i suspect limited to NA servers but at 230 ping it was hard work. it’d be nice to experience Boundary on a lower ping server!

Boundary is in the very early stages of development. And with the developers listening to the community the game will hopefully continue to improve and become a rival to the other big FPS franchises.