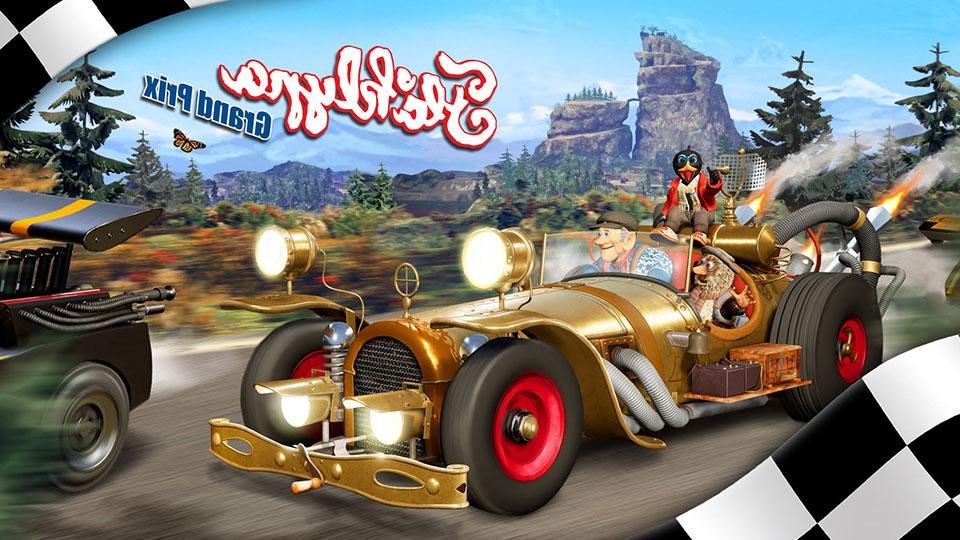 Pinchcliffe grand prix is a Story based adventure with minigames developed by Ravn Studio, Rock Pocket Games, Invictus Games and published by Zordix Publishing, it’s out now on Steam. Here’s a bit more about the game-

‘Time to revisit the small mountain village of Flåklypa!

Contains animated story scenes with elements of adventure, 9 selected minigames/ activities and lots of new racing. So, buckle up and hit the iconic tracks of Pinchcliffe!’

Now, Pinchcliffe takes the format of both point and click and then you have more control in the mini games, and the game is based on the 1975 film. So with that said Pinchcliffe does well to keep its aesthetic, with clips from the original film used within the game to help maintain the handshake between the two, and with that in mind the game itself looks great, the minigames look good in 3D and the environments you explore as you search for parts are very well drawn and look great. You also get the feeling that you’re in a film just through the audio and the voice acting, which as you’d imagine is very very well done in the game.

Now this title is aimed at kids and having family fun, that said Pinchcliffe has lost its way a little with the point and click aspect of the game, id of thought the game would’ve been better with free controls for you to be able to explore at your leisure rather than use a point and click method. That said it does make discovering jigsaw pieces and minigames a lot easier. It also takes some of the ‘im lost’ moments out of the game.

The mini games are overall good, however I’m slightly perplexed by the omission of some that were in the 2010 DS title. That aside there’s still plenty of fun to be had no matter the age. With simple but challenging minigames that offer plenty of enjoyment.

Another good element to the game and one I even enjoyed was finding the parts to build the Il Tempo Gigante stashed away in the barn. As you complete minigames and explore you find the car parts and have to work out installing each and every one of them. Once you’ve completed construction you take the wheel and drive the car through a variety of races.

Fans of the film will love it and fans of the DS game may still enjoy this remake. It has one or two curious omissions and changes I’m not sure about but overall Pinchcliffe Grand Prix delivers on what it promises, offering plenty of fun for young and old through mini game challenges and enjoyable racing.