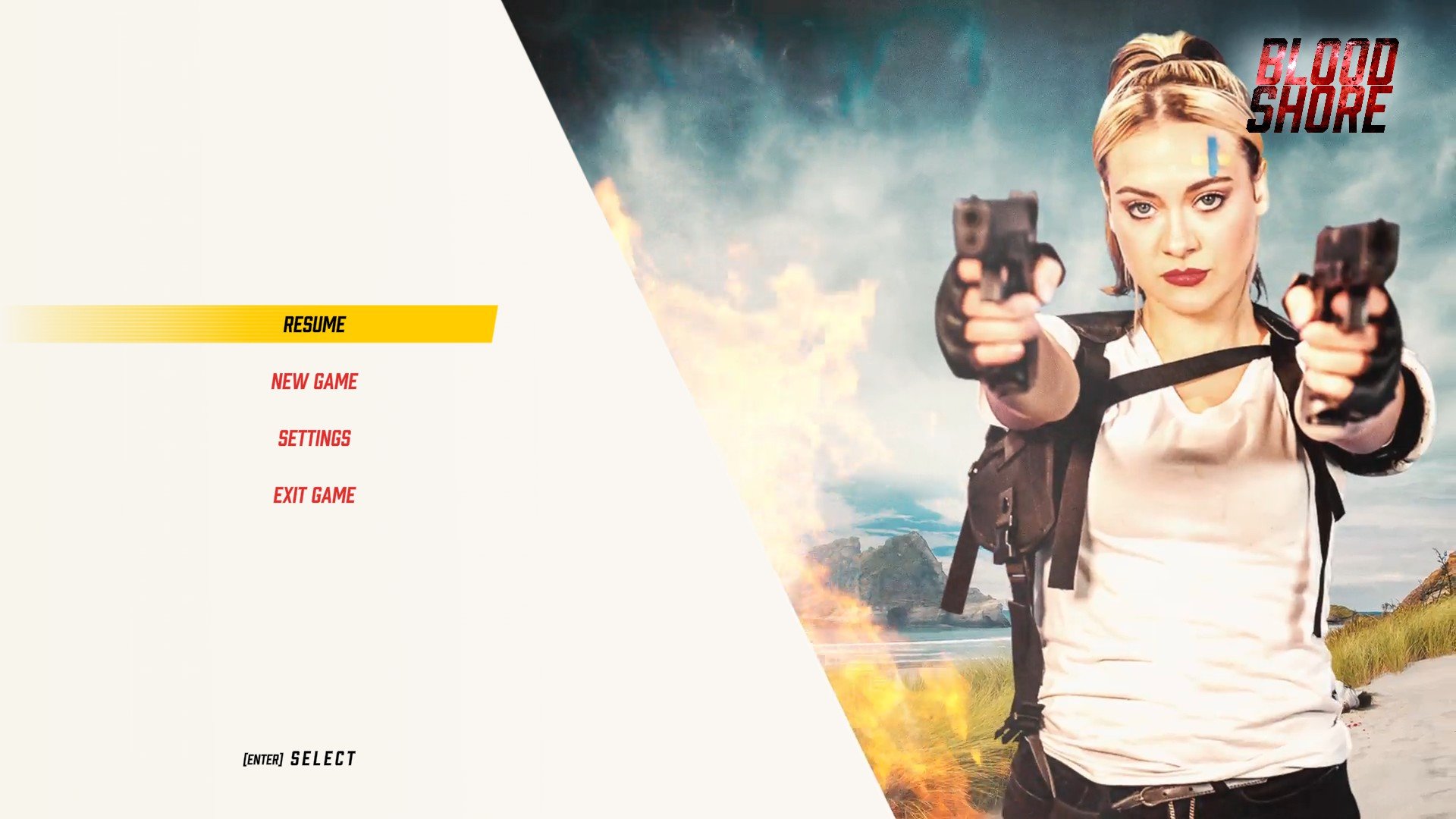 Bloodshore is a game with a very interesting twist. It’s an interactive action movie published by Wales Interactive. I’ve heard of them through their previous work, so when a code for Bloodshore dropped into my inbox I was all over it. Here’s a bit more about the ‘game’

‘Bloodshore ‘is an interactive action movie about a televised battle royale between high-profile streamers, entertainers and death row inmates. You control the fate of Nick, a washed-up actor who fights for a life-changing cash prize.’

Bloodshore is completely different to the usual prerequisite for a game. Since it’s an interactive movie and virtually all dependent on its story. I will mention what I thought of the story itself but not quote anything or spoil it. The review may look shorter than usual, that is just because I want to make sure it’s spoiler free.

The story is the selling point of the ‘game’ and for that i’m not going to ruin it. The story I experienced was really good from front to back and i didnt feel like it was bogged down at all by the interactive element of the game.

I can’t really talk much about acting as I’m no film buff, but nothing felt cheesy or cheap. The whole film has solid quality running throughout and i didnt feel like i was watching a cheesy cheap film found at the bottom of the Amazon database.

The really fantastic thing about Bloodshore is the effort that’s gone into making sure there are multiple different paths the story can take depending on your decisions. There’s a total of 8 hours of footage that has been created and the level of detail that’s gone into making sure that decisions matter and it changes your relationships with the other characters in the film.

All of the gameplay focuses on decision making. You either select a response or you can just do nothing and see how things play out. The decisions you make affect four different parameters and decide how characters feel about you. It also affects elements of the story and you really begin to see that as the ‘game’ unfolds.

There’s no other gameplay elements other than the decisions that you make. But that’s all it needs. That little bit of interaction hooks you in and keeps you watching. I found that to be fantastic.

I really enjoyed Bloodshore and got quite engrossed. The quality of acting was surprisingly good and the interactive aspect of the game was fantastic, I felt like the decisions I made actually meant something. It’s not something I’ve ever experienced before but I would definitely recommend giving it a go.