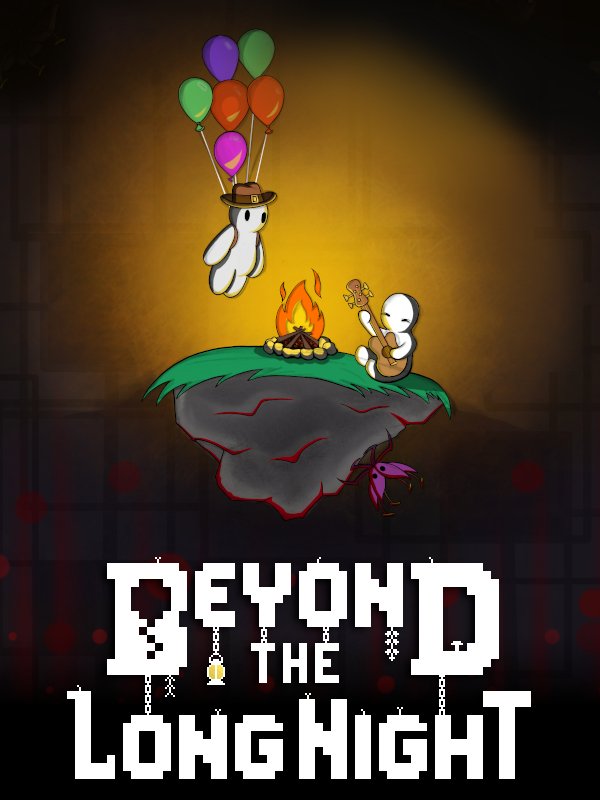 *NOTE- I used the above image because it looks amazing, not because it fits.*

Beyond The Long Night is a, and to quote the Dev  ‘ a whimsical and chaotic twin-stick shooting roguelike adventure!’ It’s developed by Noisy Head Games. The game doesn’t have a release date yet but there’s a demo and I was more than willing to give it a go. Boy am I glad I did. More about the game below-

‘Explore The Dark Mountain – a subterranean world full of monsters, secrets and lovable characters. Puzzle, upgrade and battle your way through three randomly generated areas to outrun a deadly storm and escape to the Overworld beyond. Uncover a trail of mysteries in this ancient kingdom of demigods and explorers, captured within an endless time loop. What treasures await in The Overworld? Is there a way to stop the storm from spreading? Can you escape the endless time loop? All may be revealed beyond the long night.’

In short, beyond the long night is incredible. It looks and feels fantastic, it takes on a metroidvania-esque style and you aren’t sure what you’re going to discover as you progress. The Game looks and sounds beautiful, the retro 16 bit style really looking absolutely gorgeous.

The Gameplay loop is really enjoyable, Even on the demo! When the demo ends it simply ends the loop for you to start again and continue exploring, and because the area’s are randomly generated every adventure feels fresh and new. Upon your death you start back at your bed in an almost Outer Wilds style. A feature that I think is incredibly different.

You have a small selection of superpowers and power ups to collect which aid your fight as you explore. Combat can be very fast paced and challenging and I at times felt like I was playing a shmup, which I really enjoyed.

Beyond the Long Night is an incredibly different and exciting title that I will watch closely. It presents a very interesting gameplay loop and it looks and sounds amazing. I can’t help but gush over such a good indie game. Excited.