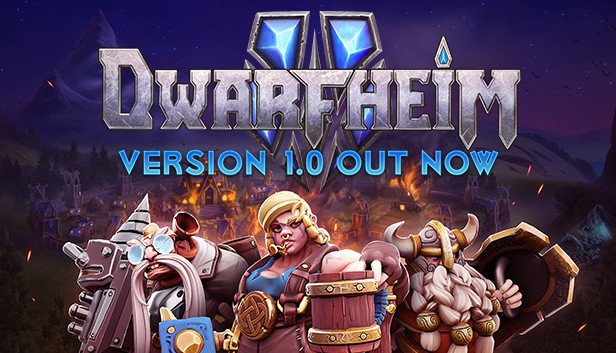 Dwarfheim is a Real Time Strategy game from Pineleaf Studio and Merge Games, it’s out now. Here’s a bit more about the game-

‘DwarfHeim is the next generation of co-op RTS games. DwarfHeim innovates the RTS genre with thrilling co-op and team gameplay that will appeal to fans of multiplayer games everywhere. Player roles are critical to the success of your clan – choosing the right class can mean the difference between victory and defeat. Gather resources, expand your city and defeat the constant threat of feral trolls. Ultimately, you’ll need to crush all rival clans before you can reclaim DwarfHeim, ancestral home of the dwarves.’

My Dwarfheim review takes a bit of a different format this time, i’m going to talk about what i could play first-

Of what I did play, Dwarfheim was a very solid top down RTS game, it’s got a really nice look and feel about it and there’s plenty of time and effort put into the environment you play in. The mines look incredibly good and the world above looks exceptional. It’s a really nice game visually.

The Gameplay was generally good, being point and click grasping the controls took little effort. Attacking using A and left click is a little cumbersome. Building is a simple point and click task, you obviously require resources to do any building and it’s easy to set up and start gathering resources.

Unfortunately I was unable to play anything past the tutorial. I attempted to play different modes both single and multiplayer and was just met with crashing everytime i came to start a game. I’m well above minimum but found that no matter what i did i was met with the same crash at the exact same point.

The small amount of Dwarfheim i did play was pretty good. But constant crashes particularly around launching a game mean that I can’t rate it because I simply can’t get it to run for long enough!