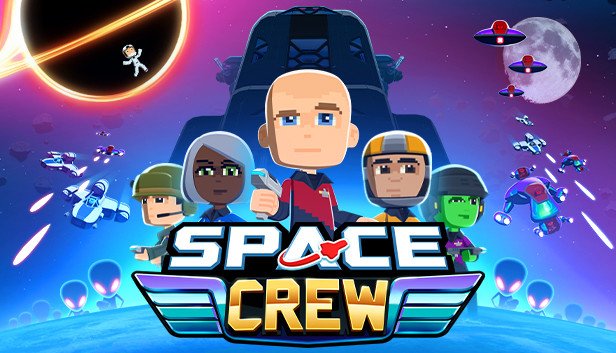 Space Crew is a management/ survival game developed by Runner Duck and published by Curve Digital. It’s out now, here’s a bit more about the game

Your Space Crew Needs You! Enlist today and blast off to new heights!

The United Defense Force will allow you to set across the galaxy on a campaign to defend Earth.

It will be your responsibility to help stop all of humankind being wiped off the intergalactic stage by the mysterious extraterrestrial threat known as the Phasmids.The U.D.F. is doing their part, are you?Join the Space Crew today!’

Runner Duck already has their eye in with this genre of game and Space crew looks really good. The environment you play in is really nice and your ship has a good level of detail. Combat looks good and the level of detail they’ve gone into with character animation is really nice. Overall its a well polished game from a graphical point of view.

Most of the gameplay is point and click but its very involved. Every aspect of the ship is controlled by you and it goes right down to where power is routed or even the targets your crew take aim at, you have plenty of control and the game feels really good for it. Because Runner Duck are already familiar with the ingredients for this type of game, they’ve really got a good handle of the title and what works best. That shows.

You fly from a central base near earth, you can pick up a variety of missions and when you complete them you earn rewards to help you upgrade your ship, it’s all pretty simple. You can lose crew but those members can also be replaced if needed. If you do lose crew however, you lose all the upgrades that the crew member has!

One of the most interesting features of space crew lies within the balance of the ship’s heart, the generator. Moving power around adds power to different parts of the ship. But with adding power to one specific part of the ship you lose strength in other areas. It’s a really solid mechanic and forces the player to think in the moment what’s needed most

Space crew is a great management/ survival game and it introduces a new twist on a well drilled genre for the Dev’s. Good management mechanics and solid visuals make for a great experience.