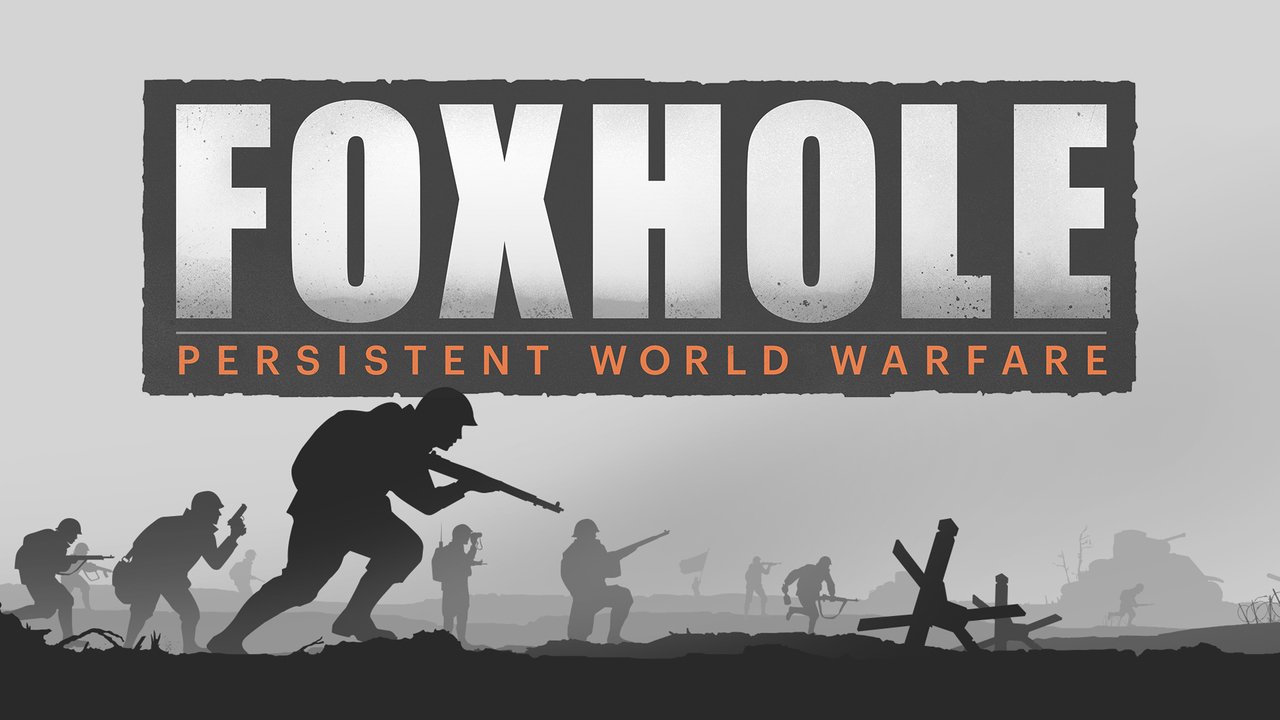 Foxhole is a top down MMO war game Developed and published by Siege Camp. it’s out in early access and is available on steam now. heres a bit more about the game-

‘Foxhole is a massively multiplayer game where you will work with hundreds of players to shape the outcome of a persistent online war. Players ARE the content in this sandbox war game. Every individual soldier is a player that contributes to the war effort through logistics, base building, reconnaissance, combat, and more.‘

With top down titles achieving solid graphics especially when you’re setting out to do what Siege Camp are doing can be tough. Everything needs detail but in a way that it plays to the perspective you’re on and Foxhole is right on the money. Trenches have a sense of depth and buildings have a sense of height which is key to something like this especially in PVP combat. The way in which your view is restricted too is really smart. Crouch behind a trench and enemies/ objects disappear from view. What you see from the top down matches what your soldier sees from his sightline. Graphically incredibly challenging but it’s been achieved.

Audio in the game is fantastic. When things get really hairy you can barely hear your teammates and fellow comrades over the sound of gunfire, intense shelling or heavy machine guns. There’s a real ambience in the game and you really do feel like your experiencing a war

This will be the biggest learning curve, being top down landing shots on your target can be difficult at first and I really struggled to get to grips with how to play Foxhole. It can be frustrating when you get the jump on your enemy but are just outclassed by better weapons. So being prepared is key to success.

Foxhole is completely open world, every round, shell and vehicle is made by players. That gun you took out of a relic base started life as scrap and was driven hundreds of in-game miles to the base for you to take. You can take up any role in the whole process and I experienced all aspects of the roles in foxhole. From scrapper to frontline soldier and even cheeky partisan i got my hands dirty and i must admit it was both mind blowing and highly enjoyable.

I played both solo and as part of a squad, a chance encounter with a player who I came to call Doc. As part of Doc’s squad I helped with tank duties, ran partisan missions and helped organise artillery. The experience as part of a squad was utterly fantastic. Doc was incredibly knowledgeable with the world of Foxhole and it improved my overall experience. It’s part of Foxhole, finding these players that are really knowledgeable and also really get into the spirit of war. Playing solo was also an enjoyable experience you can talk to other players around you and for the most part people are generally good communicators, you do however get the occasionally player that is just mouthy, i only came across this on one or two occasions

Foxhole does war differently. The top down perspective makes for a new challenge and it takes time to get used to the change in perspective. Once you’re used to it though, there’s a whole world of foxhole to explore in which you are able to contribute to the war in a vast array of different ways. Get out there soldier, war never rests!