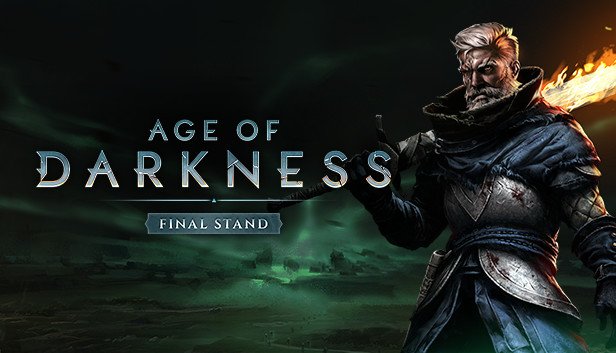 Age Of Darkness is a Strategy/ Survival game developed by PlaySide and published by Team17. It’s available now and in early access, therefore I won’t be rating the game just yet.

Even after just 2 hours I knew Playside were on the right track with what is a very solid and well rounded game. There’s only survival available at the moment and a very primitive tutorial system in which you just find the answer to the issue you’re having as you have it so to speak. But once you’ve found your feet and got used to the mechanics the survival loop is incredibly good fun. Hordes of AI enemies swarm your base and it’s up to you to defend in a heroic, last stand sort of fashion. Swarmtech is impressive too, allowing up to 70,000 enemy AI on the screen at any one time making for truly frantic last stands.

Graphically Age of Darkness isn’t the most pleasing at this early stage but once hordes of enemies begin to rain down upon your camp you really begin to appreciate how graphically challenging a game like this is.

The only real issue I encountered was the balance of the game itself. I think with a title of this genre the difficulty curve cant really jump so much and on easy and normal the multiplier seems to take a big leap making for a somewhat frustrating experience. I mean they do alert you that the game is hard and to learn from your mistakes but it doesn’t seem all that fair in parts.

Age of Darkness is off to a fantastic start. It’s a very solid title that uses impressive tech in order to create a really solid last stand of humanity style gaming experience. It’s a little out of balance in places but there’s plenty of time to sort the little things out to create a strong gameplay experience.