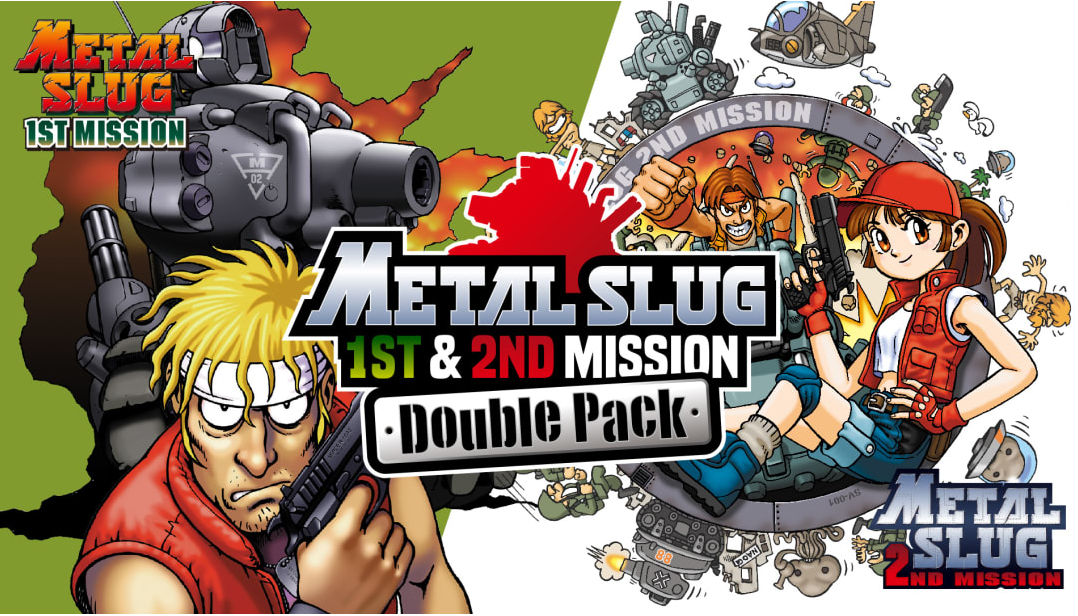 Metal Slug first and second mission is an arcade shooter from Dotemu and SNK. It’s a port of the NEO Geo pocket shooter to the Nintendo Switch and is out now.

The First and second missions came out between 1999 and 2000 for the Neo Geo pocket color and were a very successful title for SNK’s system. Game play is very untouched with the title a very solid port of the original game with some tweaks to make it look better on the system.

As you launch the title a Neo Geo pocket color pops up and the game plays on the console’s screen. This keeps the port simple meaning there’s no stretched pixels damaging the look of the game.

It pretty much plays as you expect. Metal Slug is a great series and the action is fast and frantic and very enjoyable. It’s certainly a title that has aged well and is still an impressive game some 20 years on. The modes are all there and I spent most of my time on the game’s main mode and found plenty of enjoyment as I did all those years ago. It’s simply the same great game ported to switch!

Metal Slug 1st and 2nd missions is a great port of the original title to Nintendo Switch. The game plays well both handheld and docked. Whether you’re new to the series and want to get your toe wet or a die hard slug fan, there’s plenty of enjoyment in this port!