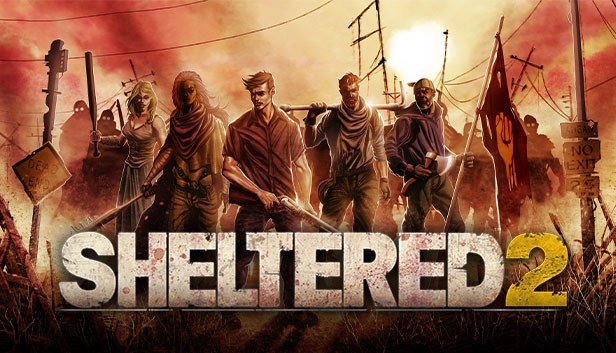 Sheltered 2 is a Survival management sim developed by Unicube and published by Team17. Its out on september 21st on steam, here’s a bit more about the game-

‘A brutal survival management simulator set in a post-apocalyptic wasteland. Keep your faction of survivors alive, maintain your shelter and scavenge the ravaged world for resources. Befriend and trade with the factions you meet or conquer them by force.’

With sheltered two the perspective is side on,as you grow your shelter and add new inhabitants the cutaway view will allow for pretty solid control and allow you to make changes as you need. Graphically the game looks good with different objects all clearly visible, which is pretty key in a survival game like this.

It’s a point and click title, so the focus with gameplay centers around management which here is well paced and you never feel out of control. The tutorial is well thought out and covers the most important bits while little pop ups help you as you progress on to the more complex mechanics of the game, a pause feature which is common in titles like this these days allows for maximum control should things get really out of hand or you need a quick breather.

Scavenging is key to the success of your faction. Finding things to make key items and develop your camp. As you explore you’ll run into other factions and then have to make decisions about how you interact with them which I found really good. A little diplomacy going a long way!

Your dwellers have their own traits and personalities, with them liking certain things it means that giving them something specific to their needs will give them a boost. There’s also faction leaders,  these big kahuna’s are incredibly important to yours and everyone else’s factions, when they die it’s game over! The central focus point to a faction is great because it really makes you think when in battles.

Turn based combat prevails here and you have to make sure your characters are well equipped for battle. The combat model is solid and i didnt feel let down or shorted by anything during fights.

Sheltered 2 is a worthy successor that still manages to improve on a good first outing. There’s plenty of games to choose from in this genre and the Sheltered series has done well to not only stand out but produce a solid experience.