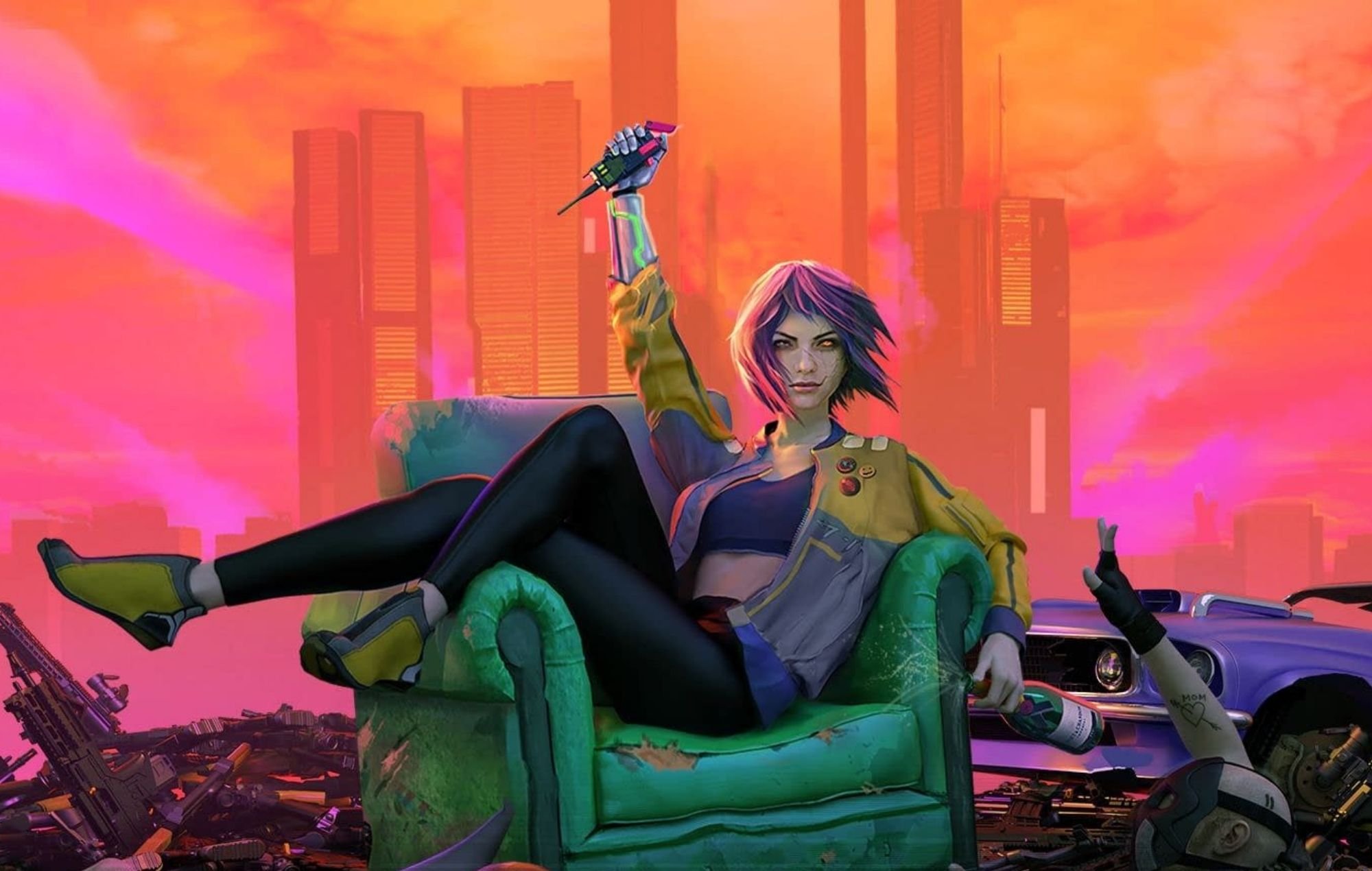 Glitch Punk is a top down GTA of old style action game Developed by Dark Lord and published by Daedalic Entertainment, the game is in early access and I got the chance to take to the dystopian streets and see what’s going down.

I love the top down nature of the game, and graphically it looks okay, but it’s even better if you turn the pixelation off. The cities you play in are really good, with plenty of diversity and a very strong cyberpunk vibe.

The story and your introduction to the world you play in is really solid, it’s simple yet very on point and sets the story well, you get a good introduction to how to play and a light tutorial makes for simple and quick acclimatisation

Movement is simple and works well, weapons are easy to use and sound great, when your in the action you feel very in the thick of it with plenty going on and its genuinely enjoyable

Vehicles are varied and interesting each with their own unique look and feel. The driving is good and I enjoyed cruising the streets between contracts.

The not so good

Straight off the bat I had performance issues, I’m well above recommended for the specs and the framerate was all over the place, I also experienced a lot of jumping and at times some freezing with the occasional crash for good measure. On this front the game is very early access.

I think the Police are incredibly quick to get onto your case and it should be toned down a little, hitting a car or killing someone is met by near immediate response and the police also feel very hard to outrun. The cooldown timer too is sometimes very quick and other times incredibly slow but doesn’t really correlate to the crime. After hitting a police officer’s car I had to hide for an eternity while running someone over by accident was met with a 20 second cooldown.

You also can’t read some of the dialogue during a mission because of being chased by the police, it’d be great if the game just paused for a moment so you can properly read dialogue and not completely miss it

It’s a mixed start for Glitch Punk, it does certain things really well while other areas need a lot of work to bring up to standard. It’s an early access game so plenty of opportunities to improve.