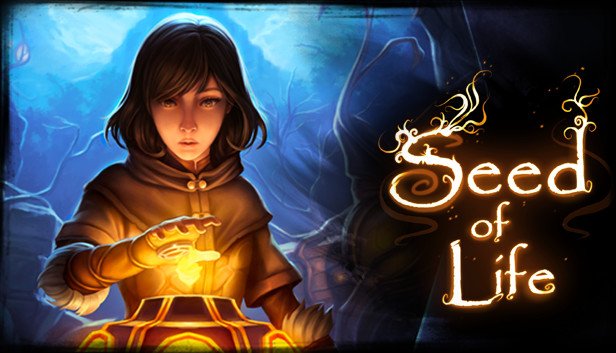 Seed of Life is an Adventure RPG developed by MadLightStudio and published by Leonardo Interactive. Its out now on steam, here’s a bit more about the game-

‘Seed of Life ‘is an action-adventure puzzle game that will take you to a beautiful yet toxic world where almost all life has disappeared. There’s only one way to survive: help Cora find The Seed, an alien device capable of generating the essence of life, and save your planet from annihilation.

Find your way through a labyrinth-like world full of mysteries, dangers and beauty. Search for capsules and learn special abilities. Face off against alien creatures and solve challenging puzzles.’

Graphically, Seed of Life is a really good looking game. The environment you play in is beautiful but dangerous and the enemies/ obstacles you face are well crafted and look amazing. The world you’re in looks stunning. voice acting is somewhat okay and the background audio as you play is very good. The game looks fabulous but falls a little with the voice acting.

Overall the experience that Seed Of Life offers is okay. The puzzles are slightly lacking in logic at times but are okay, the way you need to go and what you need to do isn’t always as clear as you think and sometimes it can feel a little confusing. The experience is somewhat marred though by the constant cutscenes and moments where dialogue happens. Some you can skip but some scenes you can’t and it really breaks play up.The cutscenes tell a story which is sometimes messy and can become a little confusing to follow.  Simply changing this to rolling dialogue whilst you play would improve the experience because at least then you don’t feel like you’re constantly stop start as you progress.

I also found that despite needing things like a torch in order to progress through the caves, I could quite easily bypass the need and run through the dark to the other side. My only other issue lies with the slow death that your character faces as you explore. Your health is drained as you’re solving puzzles and it can be a little frustrating at times.

You play a character named Cora and it’s her task to find the seed, an alien device which will save the planet from its destruction. It’s a basic story which sets the scene to get you into the game. But there’s not much more to be said and I didn’t find it very engaging and at times I found it a little confusing.

Seed of Life is Beautiful, the environment is very pretty and you’ve got some really solid powers at your disposal.  But that’s pretty much all that goes in its favour, somewhat odd puzzles, the slow death mechanic and the constant interruption from minor cutscenes really didn’t allow me to get into the game. The game could do with more polish and a bit more time put into it in some area’s to improve the overall experience.