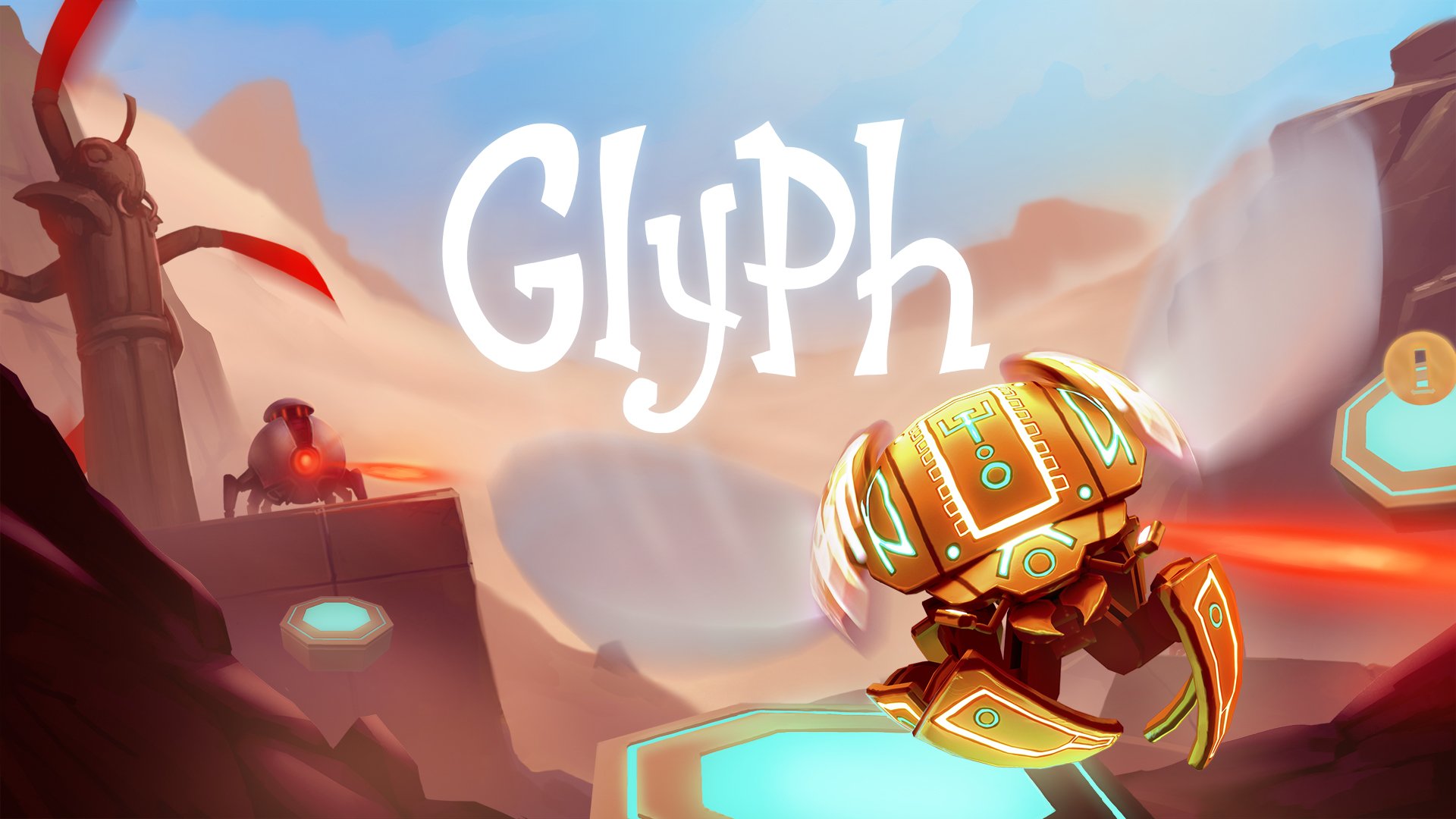 Glyph is an action adventure game developed and published by Bolverk games, its set for release on August 9th on steam and is already out on Nintendo Switch, here’s a bit more-

‘A mechanical monster has devastated the nation and poisoned the land. In Glyph, you snatch a fractured civilization from the jaws of doom after runaway technology has destroyed everything.But safe ground is rare in this dying world.The desert sands are toxic and destruction has left few places to rest…

So the last shred of hope is for you to collect the resources that will restore life to your home.’

Glyph is beautiful. You’re plunged into a desolate yet strikingly beautiful environment. The levels you play in are well drawn and very vibrant. As you progress the environment you play in expands more and more and as levels become more intricate the game still maintains a high level of polish.

The glyph you play as is a beautiful little beetle, the animations for it are fantastic and really well thought out. Overall Glyph is a beautiful looking title that has had an absolute abundance of time and effort put into it.

A relatively simple yet very engaging storyline opens up the world of Glyph to you. After a mechanical monster has devastated the land it’s up to you to return life to your home. It’s a very simple way to put a story over the game put its a very effective plot line that helps get you engrossed

Glyph really shines here, there’s so many ways for you to be able to move around a level, from just rolling to using everything at your disposal to double jump and glide across massive gaps. Glyph certainly shines with the imaginative ways to complete levels and really allows the play to play the game in their own unique way.

The levels are either puzzle style, in which you explore and find your way round, collecting coins, keys, gems, golden beetles and other secret items. There’s plenty to find and work out how to get as you explore incredibly diverse and imaginatively crafted levels.

The other format is a race against the clock to obtain the keys and get to the exit as fast as possible. I wasnt so much a fan of this but it’s still adding a different challenge that players will really enjoy. You really have to keep your rhythm and plan where you’re going in order to collect the items you need and get to the finish point and despite it not being my cup of tea so to speak. I did enjoy it a little.

Glyph offers up an experience that is often overlooked or underrated by many, what you’ve got here is a well made, beautiful looking game with plenty of replay value as well as hours of enjoyment. Levels are incredibly imaginative and well thought out with plenty of effort put into the overall finish and feel of the game.