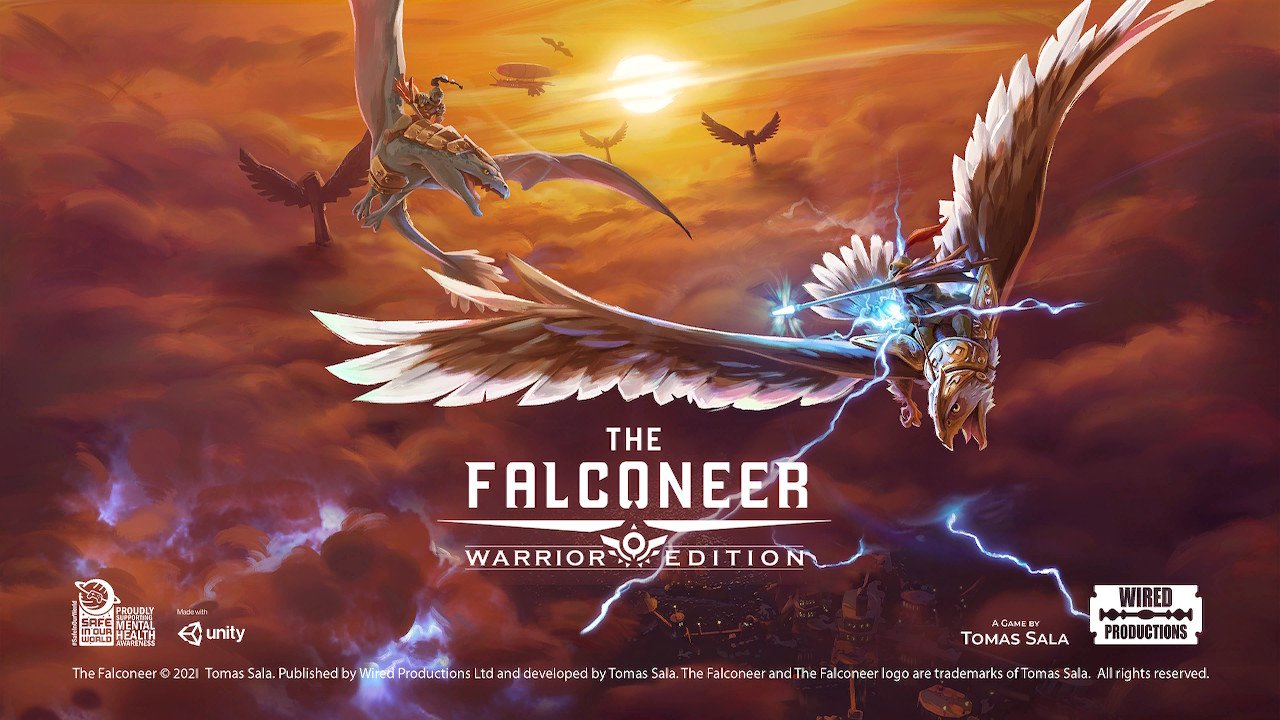 The Falconeer is an open world air combat game developed by Tomas sala and Published by wired productions. Here’s a bit more-

‘Soar through the skies aboard a majestic warbird, explore a stunning oceanic world and engage in epic aerial dogfights, in this BAFTA nominated air combat game from solo developer, Tomas Sala.

You take on the role of Falconeer, a powerful airborne warrior traversing a vast oceanic world torn apart by generations of poisonous decisions and dissent. Throughout multiple campaigns, you will experience life from many different perspectives and loyalties as you embark on a journey of discovery, and solve the mystery of the Ursee, its people and history.’

On the Nintendo Switch, The Falconeer looks absolutely superb, I was really impressed by how the game looked absolutely fantastic on the switch both docked and undocked. While it’s not on par with other consoles and PCs it’s still incredibly good looking. Battles are fluid and the storms look fantastic. It really is a beautifully crafted  Air combat game.

The audio is also incredibly on par, the background music is well thought out and suits the moment be it swooping over islands or rolling away from enemy fire as you take on your foe in combat. It’s wonderfully crafted and absolutely excellent.

The Main campaign is separated into chapters and it follows the story of the different islands and the struggles they face. It can become a little deep and run off on a tangent every so often, but generally I really enjoyed the story and the NPC’s i met along the way.

Upgrades can seem tricky at first but as you get into it its very simple. You complete missions in order to gain money to pay for upgrades for your warbird, upgrades are different and vary depending on the places you visit to trade at. From weapon upgrades to improving your warbirds ability to regenerate its health, there’s plenty of ways for you to change and improve your craft.

As you explore the open world you find plenty to see and discover, trading posts, islands and ships to escort are dotted around the world and you can trade and take missions with them. As well as that there’s more lore to discover. It can be a little sparse at times but being an archipelago there’s going to be large portions of travel without much going on.

The warrior DLC adds another class to the game and adds additional sidequests and new boss encounters; it’s a solid addition to round off a good game overall. The Sidequests that are included improve an awful lot on the current sidequests and it makes for a much better game overall. The additional class, the Ormir dragon is also pretty cool and gives you another warbird to fly that offers different attributes.

The Falconeer Warrior edition is an incredibly impressive port on switch. It’s a big game crammed into the portable console and it’s incredibly enjoyable either handheld or docked. The game has plenty of depth. The additional DLC that comes with the game rounds off the title really well, with the new sidequests and additional bosses improving the experience.