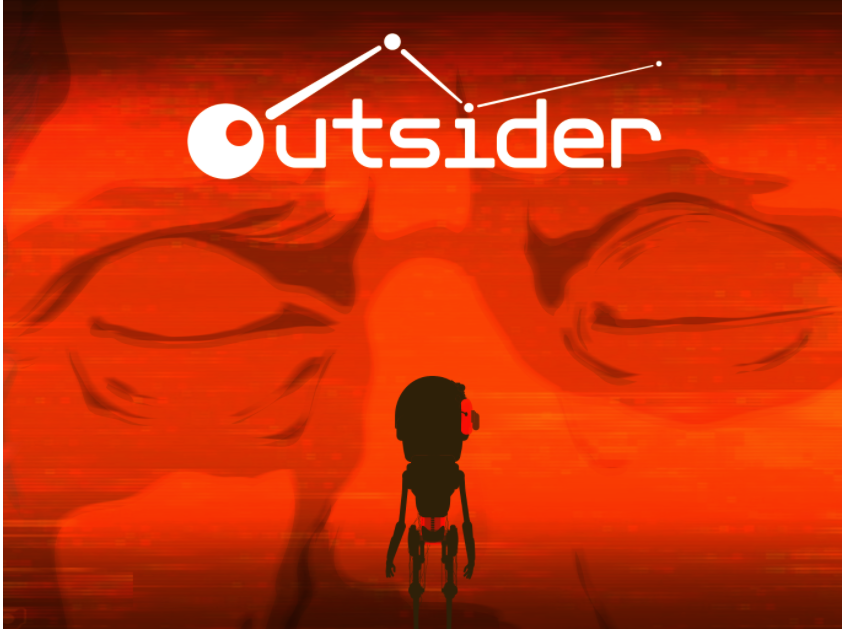 Outsider After Life is a puzzle game developed and published by Once a Bird. it’s out now on steam, Here’s a bit more about the game.

‘Outsider: After Life is a nostalgic puzzle adventure that takes you on a galactic journey with HUD-ini, an android who may be the only one who can prevent the end of the universe.’

Side-on perspective and a very bright and vibrant palette means that Outsider looks very very good. The environment is very nice but desolate and you definitely get a sense of loneliness from the environment you’re placed in, the puzzles look really good also which helps a long way to the overall enjoyment of the game as they are the main element of it.

Voice acting in the game is good. Characters portray the narrative well even though the story is a little strange. The ambient sounds around you really help towards the game’s overall feel. Good graphics and audio goes along way to creating an immersive experience and Outsider certainly nailed that

Puzzles puzzles puzzles. They’re pretty solid too and some require a lot of thought to work out what you’re supposed to be doing, sometimes you have to solve multiple puzzles in order to just complete one task and it feels really rewarding to complete somewhat simple tasks. Finding your way round is simple but finding the various items or objects you need in order to move to the next area can be a bit of a challenge.

The puzzles were set out to be fair and logical whilst presenting a different challenge. I feel they achieved this and even though I was stumped at times, when I did work out the puzzle I didn’t feel like the way to solve it was silly or anything.

There’s also very light and removable help prompts available, if you don’t do anything during a puzzle the game will prompt you with a floating finger to give a very mild indication as to what to do. So newer players to the genre won’t be too intimidated, I did find it useful as some puzzles in the game aren’t nearly as obvious to solve as you’d think.

The overall task is to escape, but the story that overarches it is that humanity has been wiped out after the failure of their last ditch effort to survive fails. It’s a very sci-fi story and I won’t spoil it but it’s very good in the way that it’s told and it grows the more you play.

Outsider- Afterlife is a really well thought out puzzle game with plenty to enjoy if you love the genre particularly. The puzzles are difficult but fair and the environment the game is set in looks spectacular.