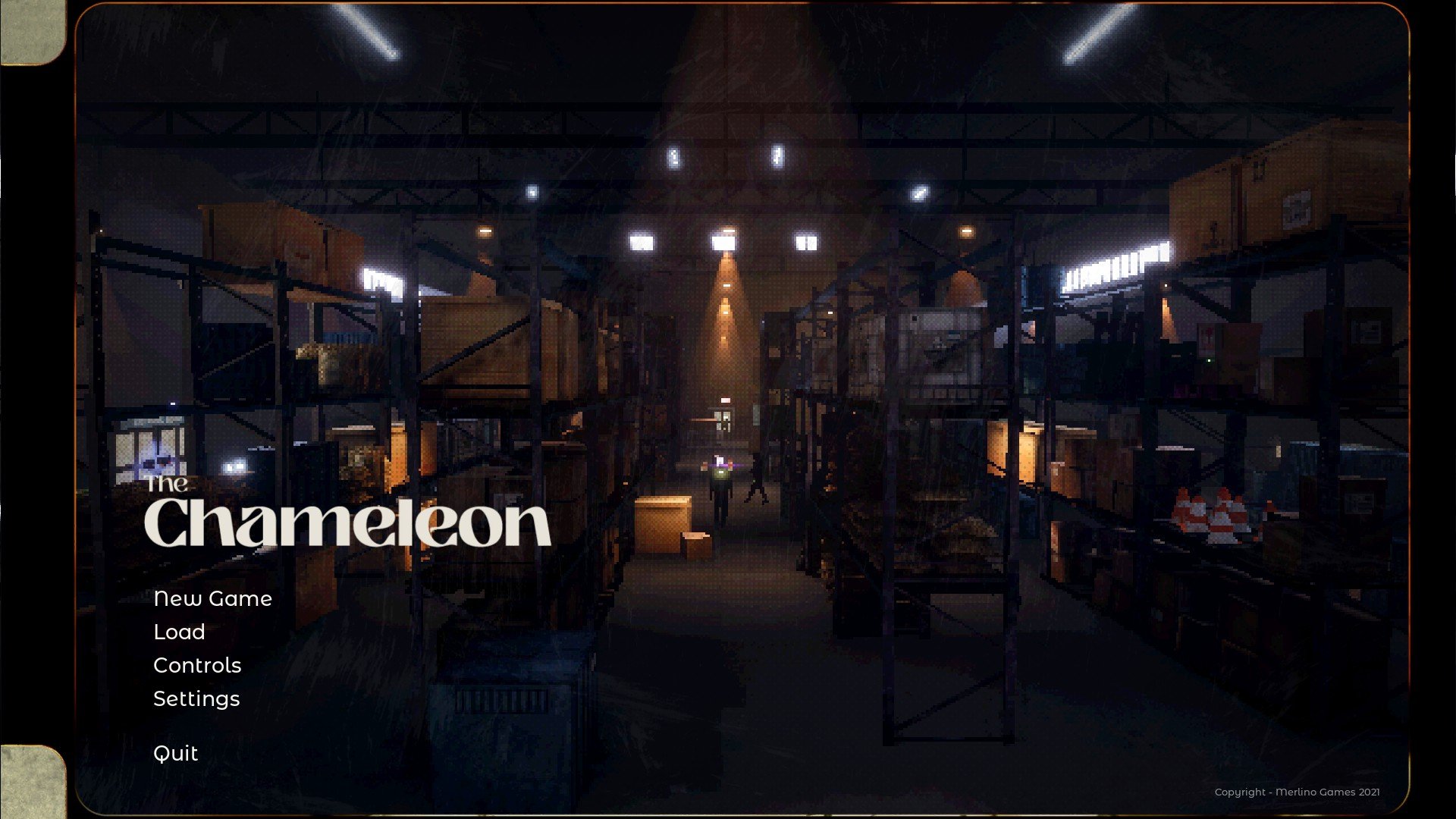 The Chameleon is a retro stealth game from Merlino Games, it’s out now on PC and available on steam, here’s a bit more-

A tense stealth game with super-powers, set in the 70s, filled with glorious fat pixels. Transform into enemies, dash, teleport, slow time and super-punch your way through this moody retro stealth game.

Being a 70’s inspired game, there’s a pixelation effect on the game which actually looks really good, there’s enough of an effect to give the game a retro feel whilst not so much that it’s difficult to play. You can also adjust the amount of pixelation on the settings if it’s not to taste.

The game has brilliant ambiance, it reminds me of the older MGS games and the enemies despite being simple are incredibly menacing.

There’s a lack of audio but that’s to create tension, the background noise is menacing enough and the sound of footsteps mixed with the sounds of alerting the guards and the alarm with ‘evacuate the facility’ is really solid. Absolutely brilliant job done when it comes to creating a tense escape experience.

Slightly mixed about the gameplay experience, generally speaking its very good but there’s little things i wasn’t very sure about. The guards dont spot you unless you’re right under them, and they seem to have no transition or ‘huh’ moment before running over to you. Crouching also seems to stop some guards from punching you leaving them to just stand next to you fully alerted with no consequence, you then walk a few paces away and they seem to forget you were there.

Other than the guard issues the Chameleon is a very solid escape experience, punching guards you’ve snuck up on is very satisfying and I really like the powers you get, with the ability to turn into a guard my absolute favourite. Sneaking around finding the switches for doors to progress is nothing new but really good considering the environment you’re playing in. It’s a somewhat simple and stripped back but very enjoyable experience.

The objective is simple, to escape the facility. As you progress you gradually uncover more of the story through notes and other snippets. I won’t go into too much depth but it’s a solid little story that’ll keep you hooked. That combined with a fantastic little cutscene to introduce you really gets you into the game. There’s also little posters and magazines left around for you to take a look at which are pretty awesome. I like little bits like this and it really adds to the overall game.

Despite its minor drawbacks, the Chameleon is a simple but absolutely fantastic experience. The facility is very ambient and the creation of tension is done well through the environment you play in and the sounds you hear. The story is good and as you make your escape you gradually find out more and more keeping you hooked and making sure you explore every room you come across.