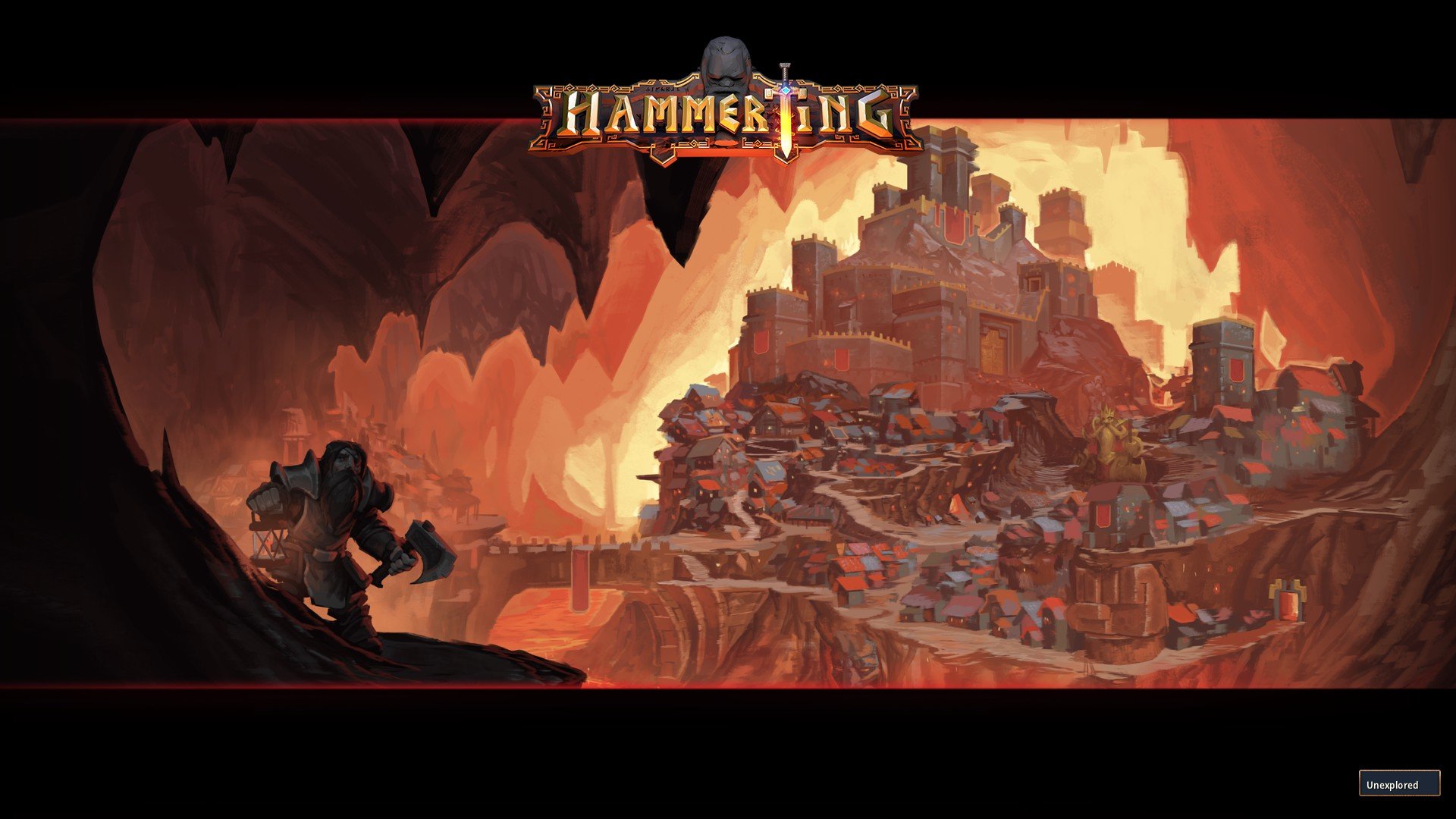 Hammerting is a mining colony sim Developed by Warpzone Studios and published by Team17 Digital. It’s currently in early access on pc and is available on steam. Here’s a bit more-

‘With a war raging on the surface, the Dwarves pledge to delve deep and as master craftspeople, will produce and supply what is needed to aid their allies. From humble beginnings, you start with a handful of Dwarves who need to set up operations quickly. However, as you progress, your small clan will expand and become known throughout the Upper Realms for their skill and premium craftsmanship.’

The Perspective you play at leads to different challenges. Being a side-on perspective it’s almost like watching ants in a colony, and it looks good. Everything is dark and dingy like you’d expect in a mountain and there’s plenty to explore. Enemies look varied too and can almost hide behind other parts of the environment making it somewhat a surprise when you do engage the inhabitants. Graphically it’s a good mix of 2D and 3D to create a really solid visual experience.

Audio is relatively basic with some background music accompanying some rather satisfying sounds of your Dwarves working away. It’s simple but effective and suits the game.

Colony management is king here and you’ll be managing multiple different things in order to build out your colony effectively. You do feel a little overwhelmed at first as you get to grips with the multiple different mechanics at play. It also takes a little bit of time to get used to how to use certain items in order to be able to develop your colony further. But once you’ve got the basics and got off the ground then you’re really up and running.

You really have to think about placement of buildings when you’re organising your colony, you need to think about where staircases and bridges need to be set up too in order to really be able to effectively use the space around you as your colony develops.

There’s plenty of quests to give you direction, completing basic tasks gives you Mountain Lore and trade lore in order to enhance your knowledge and research new buildings and items. It’s a relatively basic skill tree so to speak but very effective in helping you plan out what you want to research in order to best build your colony.

You can hire more workers as you progress by clicking the entrance to the overworld. Adding workers as you expand is key to your success because as your colony grows there’s more work to do!

As with any game in early access it does have its issues, it can feel a little clunky in places with the method in order to do things, and you do feel a little lost when it comes to finding things like water etc. I do think the quests could be broken down a little more and the tutorial spread a little more to allow new players to acclimatise a little better rather than having everything thrown at you at once.

Exploration really is key in Hammerting. As you explore more you encounter more enemies but also find more resources and other useful items. As your colony grows you’ll need the space too!

I don’t like putting ratings on games in early access as it’s unfair really. There’s elements where the game needs to improve and the developers will know that. But for now Hammerting is a decent start and despite some minor drawbacks around new players and getting started  it’s a great game so far.  once i got into it and learned about how the game works i really enjoyed my time and will definitely be back when the game is out of early access for another look.