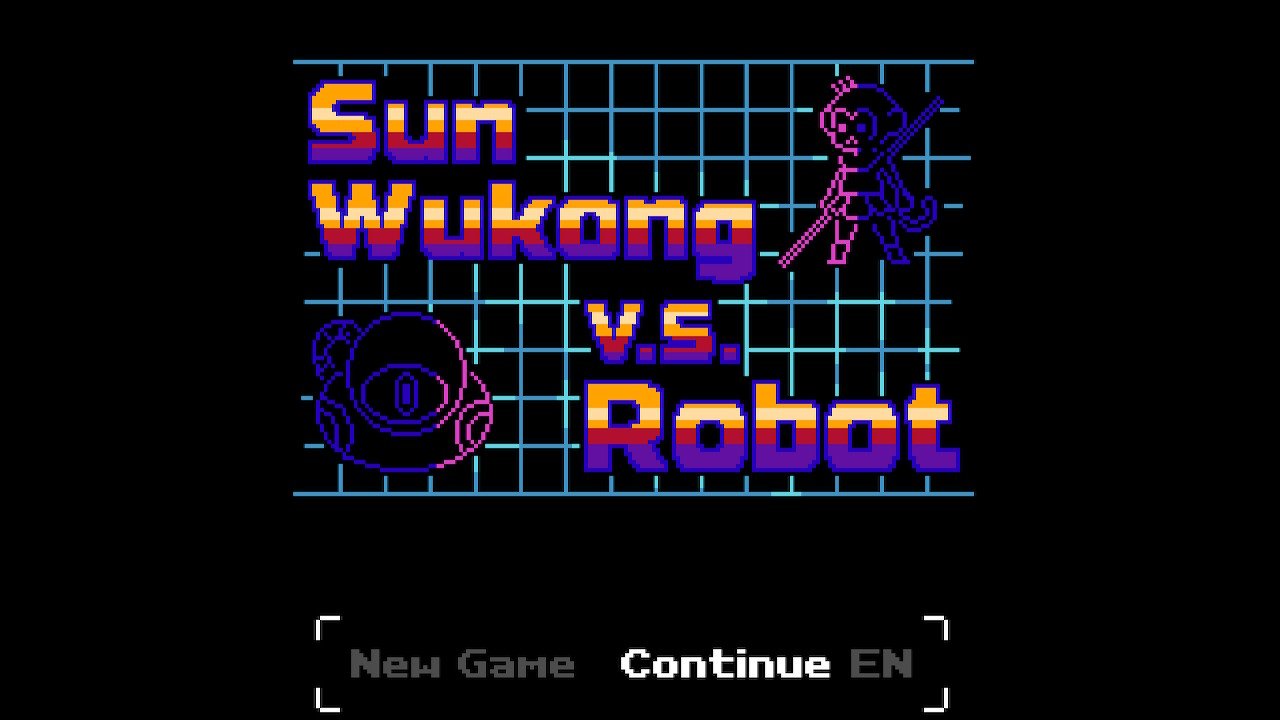 Sun Wukong vs Robot is a Metroidvania style action platformer developed by Bitca & indienova and Published by Ratalaika Games it’s out now on PC and Nintendo Switch. Here’s a bit more-

‘Get ready to run, jump, fight, and explore! Sun Wukong VS Robot is a mini retro pixel metroidvania game inspired by old-school classics.

Sun Wukong has awakened. Our hero appears at the center of a mechanical maze and is holding the weapon from his legends.

However, he is imprisoned by a mind locker that has been put on his head. To regain his freedom, Wukong must defeat the four robots.’

16-bit artstyle reigns supreme here and boy is it pretty. Sun Wukong is a very pretty little character sprite and the enemies you encounter can look both incredibly sinister and tower well above you. The rooms you explore look really solid too with nice clean 16 bit graphics mixed with bright colours really make this game look really good.

All in all Sun Wukong looks really good, the 16-bit metroidvania style really looking the part and leading you on to some really solid gameplay

The story is simple, with Sun Wukong waking up 500 years later and needing to find his way around a big maze in order to defeat 4 robots and get the mind locker removed in order to be free once again. A simple storyline but provides the scene to what is a fantastic game.

Sun Wukong plays incredibly well and it’s a well thought out metroidvania style platformer. Enemies are tough and unforgiving but Sun has plenty in his locker to defeat everyone. I enjoyed hacking and slashing my way through the mazes and even though it’s a short game at only 2-3 hours I still had a lot of fun. Although I did die a lot as it can be a little unforgiving at times.

There’s 3 skills available and they are upgradeable, along with using your XP in order to awaken abilities in order to really get the upper hand on your foe. I didn’t really pay that much attention to this aspect as i was having far too much fun crawling through the rooms

Sun Wukong vs Robot is a Metroidvania fan’s wet dream. It’s unforgiving at times and you need to really make sure you keep a check of where you’re going but overall it’s a fantastic fun 16-bit hack and slash platformer that die-hards and lovers of the genre will adore. Just a little on the short side at 2-3 hours.