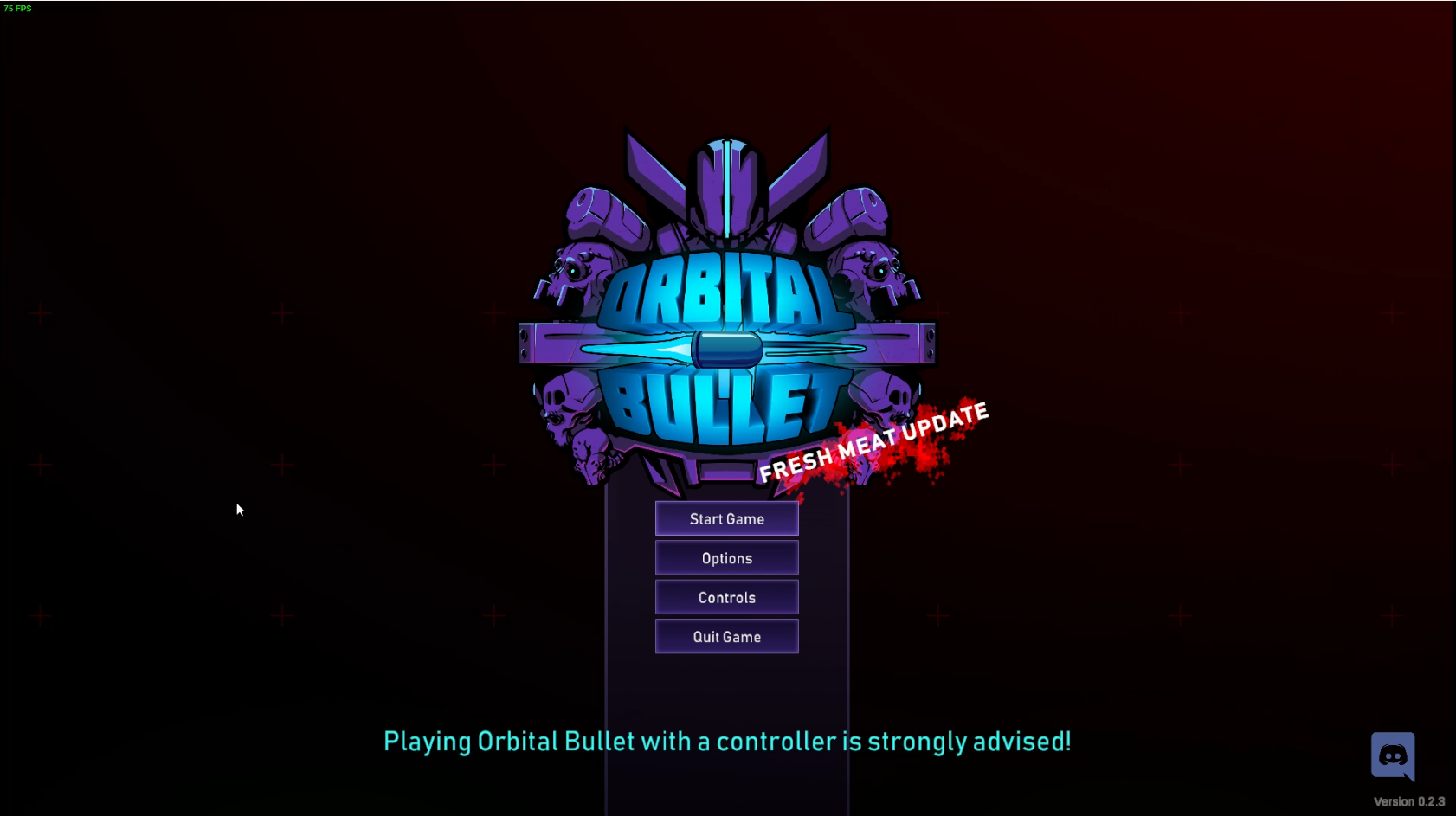 Orbital Bullet is a fast paced 360 degree platform shooter developed by Smoke Stab and published by Assemble Entertainment. It’s out now, here’s a bit more about the game –

‘Orbital Bullet is a fast paced 360° action-platformer with rogue-lite elements, where all actions take place in a circular pattern. Fight your way through a variety of procedural planets and use body modifications, crafting and heavy weaponry.’

Graphically, Orbital Bullet is absolutely stunning. I honestly love the retro futuristic vibe this absolute gem of a game is putting out. The enemies are all well drawn and very good looking and most importantly the cylindrical shape of each level is really well portrayed. I know it’s odd to say but because of the levels and the nature of the game I thought it may lose some of its key elements but it’s absolutely on the button.

Great audio accompanies the solid graphics, with background music and the effects really helping the immersion. I missed the post, the dog barking, and three phone calls because I was completely sucked in with my headphones on at full blast.

I honestly love the way this game plays. You know when a game just feels tight. The movement is light and you really feel athletic as you absolutely slap enemies round the level. The great thing is too with the bullets bending you can get in there early before you’ve been spotted and clear floors quickly.

You can also jump on enemies to deal damage and conserve ammo, which in all honesty is great, as you go to dodge you can quickly bop them one as you move around them. You never feel helpless or like you’re going to struggle.it just good fast paced shooting.

There’s a variety of weapons on offer and you pick them up as you progress through the game. Weapons are totally random so you may find good weapons on one run then nothing on another run. I did have a run where I found nothing and didn’t struggle though which is good.

Upgrading is relatively simple and straightforward, as you complete runs you gather materials needed to upgrade yourself and the weapons in your arsenal. Upgrading obviously allows you to clear floors more efficiently but in all honesty I wouldn’t worry too much, it’s a simple system and doesn’t take anything away from the enjoyment of clearing floor after floor of enemies.

Every so often you will also come across a vendor with randomised items. Some help some don’t. Keys are of particular use but in all honesty I didn’t spend long in these areas. Who wants to when you can be having loads of fun.

Orbital Bullet does exactly what it’s supposed to do so incredibly well. The 360 Degree flick on the shooter Platformer genre really spices things up. The upgrade system exists and is literally there to compliment an absolutely fantastic platformer shooter that isn’t to be missed.