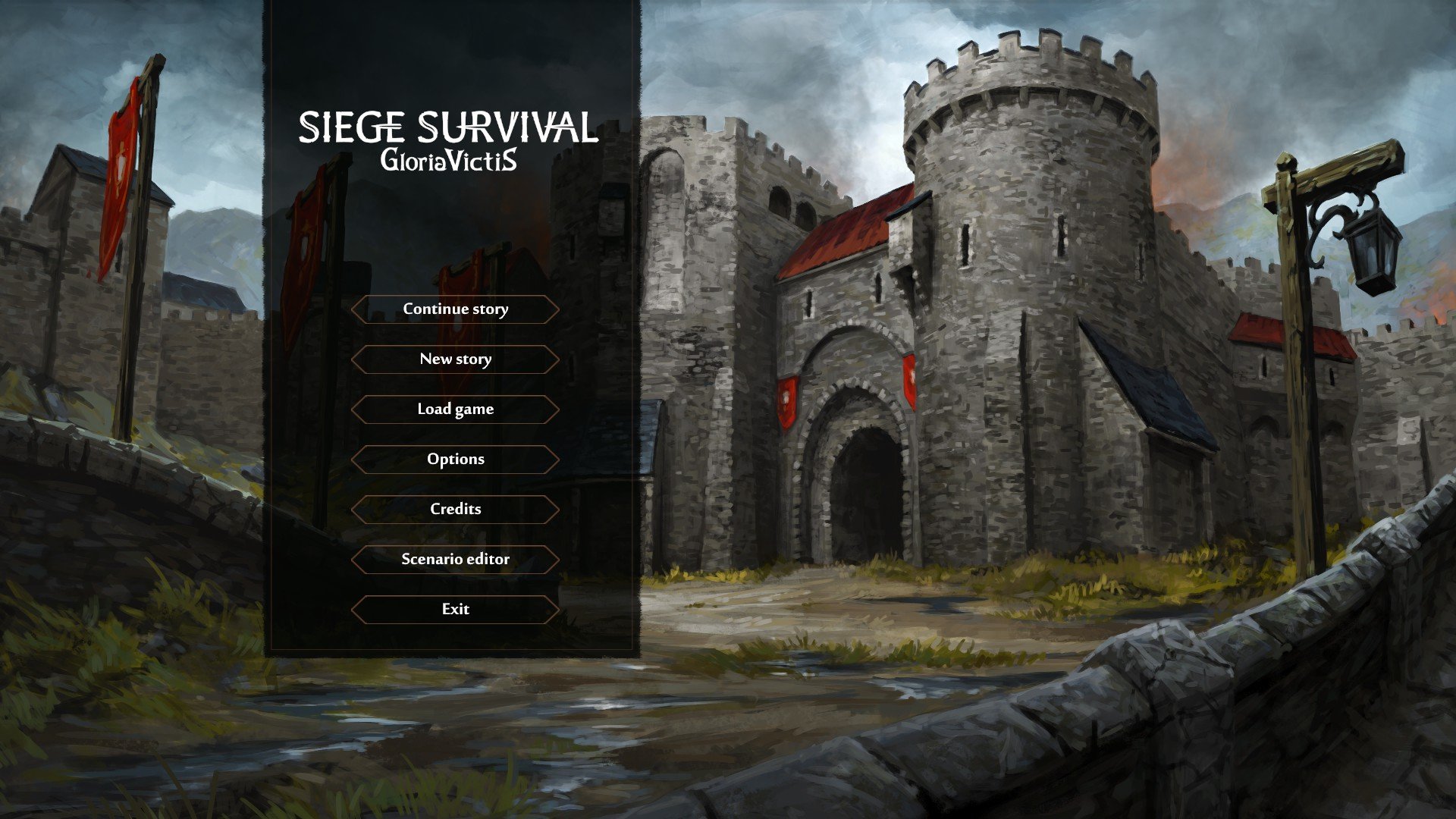 Siege Survival Gloria Victis Is an RPG strategy game from Black Eye Games &FishTankStudio. It’s out now on steam. Here’s a bit more about the game-

‘Set in the medieval world of Gloria Victis, Siege Survival: Gloria Victis sees your country invaded and your city under brutal siege. A small group of civilians are trapped in the only remaining stronghold and are the last source of hope for the defending troops hanging on for dear life. You might not be fighting the invaders yourself, but the fate of the city lies in your hands. Support the last soldiers standing against overwhelming enemy forces and hold out until reinforcements arrive. Build your camp, manage resources, craft supplies during the day and scour the fallen city for resources and new civilian recruits at night.’

Top down seems to be the theme at the moment and Siege Survival looks great from this angle. The town itself is rustic and despite its lack of inhabitants at first it is very crowded with lots of areas to scavenge. It really has the look and feel of a medieval village inside the walls of a castle

Audio compliments the game well with medieval soundtrack and the rustling and fiddling of a frantic character trying to scavenge for your survival and the castle’s defences. There’s plenty of ambience at night too with the feeling that danger could be around every corner.

Gameplay centres around management of your characters and the castle’s defences, you have to scavenge for resources in order to produce weapons and arrows to send to the bastion to help with the defence of the castle. You have to construct and craft in order to essentially build a base to be able to produce items and sustain your characters needs. You also have farm animals that produce things such as eggs, these food sources are incredibly valuable when you can’t go into the city to scavenge.

The tutorial guides you through the early stages of the game but at times you’re still left wondering how to do this or that. Like for example I had to use a bandage on one of my characters but then another character needed a bandage and was dying but i didn’t have another bandage nor did I know how to make the station to make more, once i’d worked out what station it was I didn’t have enough materials. Meanwhile the game was constantly adding new tasks and I was being attacked. It took a couple of playthroughs in order to be comfortable with what I was doing.

It would be better if during the tutorial the pacing of the game was slower in order to really be able to get a grasp on the game. New players to this sort of genre may feel overwhelmed and find it off putting. The ability to pause would help things along here as it buys new players all the time they need in order to grasp processes.

Once I got comfortable with the mechanics however I really got into Siege Survival. The scavenging in particular for me is the best element of the game and is incredibly tense and enjoyable. You’re almost on edge waiting for a guard to appear whilst rifling through the rubble.

A well written story always wins me over and Siege Survival has a great backstory to the game. There’s no voice narration but you get text-scenes that are well written. There’s even multiple choices included in some scenes, other than being a positive or negative choice the consequences don’t seem to go much past being given extra resources. Sometimes decisions do have an impact on your base and your defences.

After grasping the mechanics, Siege Survival is a cracking game to play. A bit of patience is required though and once you’re comfortable you can really get into it. Siege Survival may not be everyone’s cup of tea but for me it was really enjoyable.