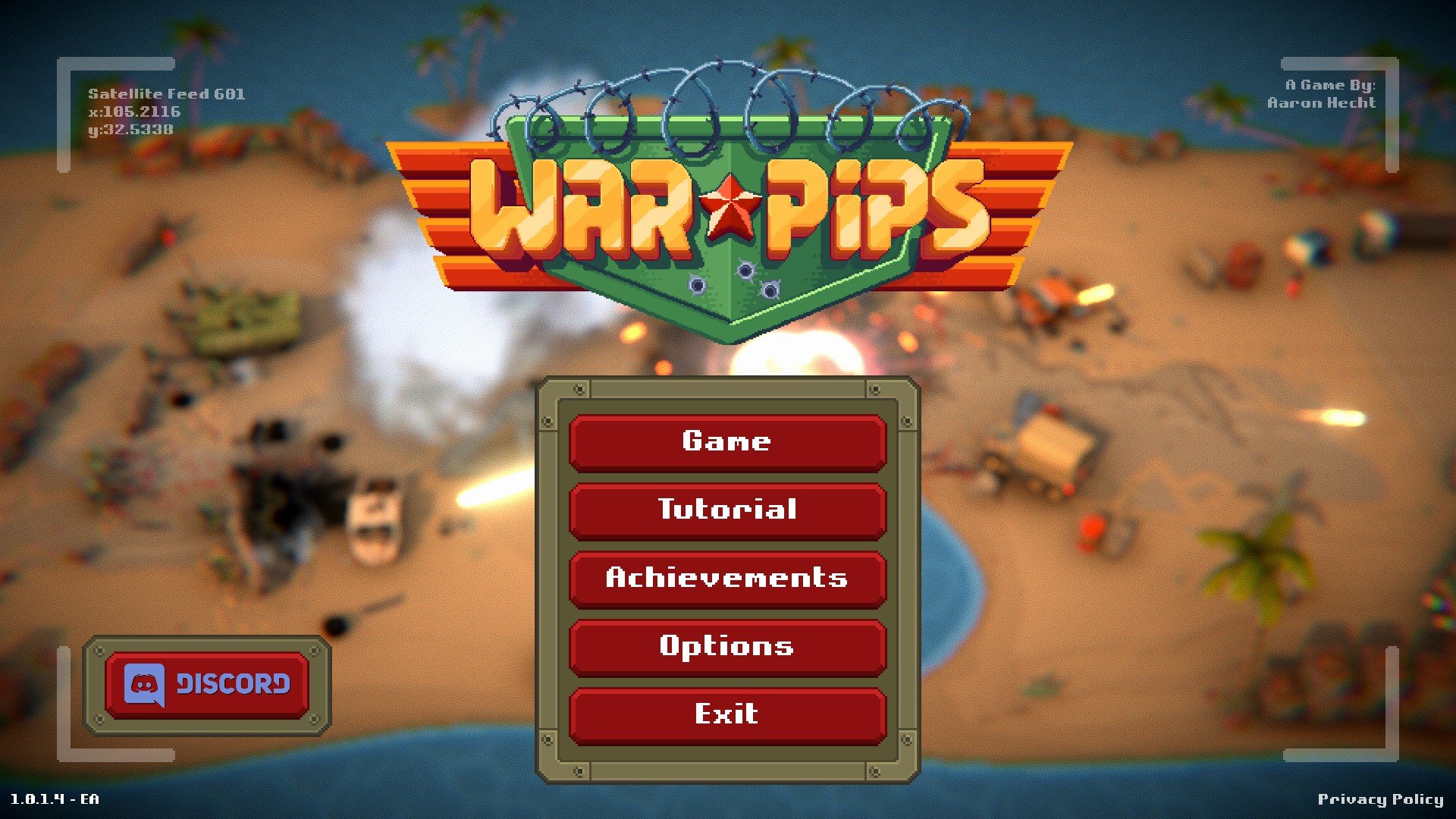 Warpips is a top down strategy game developed by Skirmish Mode Games and published by Daedalic Entertainment. It’s out now and available on PC. here’s more about the game-

Warpips is top down and Pixel artstyle. Fans of Command & Conquer will feel right at home with the look of the game. Audio is also very reminiscent of the smash hit strategy game. Weapons and vehicles all sound distinctive and look pretty cool also. Just about everything reminds me of C&C and it’s impossible to not make that link between the two.

The Tutorial is a solid introduction to the game. You get an in depth guide into how the game works in steps and it’s easy to get a grip of the game. As you progress through the tutorial you learn more and more about how different elements of the game work and how you can use that to influence your tactical decisions in order to win.

There’s some really great features to Warpips, I really like the usage of the attack and defend buttons, these give you a burst of attack to break through the enemy or a defence boost pushing your troops behind cover to hold the line against a big attack. One issue is though that both of these are time limited, and your troops will break from cover when not commanded and run forward until they meet the enemy. Which can lead to your soldiers being caught rather awkwardly in no man’s land effectively when they’ve just left a solid cover spot.

The additional attacks you can have, like drones, the missiles, airstrikes and the gun turret are a great way to get involved and break the enemies advance or support a final push on the target. Again though the gun turret needs work in my opinion. Its desperately poor accuracy and few shots before hitting cooldown mean for me it’s not very useful.

You have plenty of units on offer, from infantry to tanks and everything inbetween, even Tanya!

Campaign has a somewhat shallow difficulty curve at first, it’s not easy but you can really get to grips with the game and get into it. However some enemy units as the difficulty increases can be overpowered and you go from a steady pace to the game becoming difficult without any real inbetween. You then have to invest way more units that you think you’ll use and end up wasting units for the next mission. The game is good fun initially it can become frustrating with little warning.

When you win a battle you get rewarded. Units and other methods to attack your enemy, however I felt a little under rewarded for winning a battle.

The other frustration is regarding the enemy and the set of rules that they follow. It’s obvious in some battles that the AI don’t have to wait for resources to build, they can spam you with enemy troops pretty early on. That can make a huge difference on the course of the battle too.

I tried out skirmish across multiple difficulties and while legendary and hard both lived up to their names producing a very good battle, both easy and normal were very unusual. Sometimes a battle on easy was exactly that, while other times was incredibly tough. Same again with normal mode.

After writing this I did notice a patch being released soon that added a bit of balancing among other changes. I’m going to hold off giving the game a rating and come back to it when a patch or two has been added and see if it resolves some of the above. I will amend my review as changes happen.

Warpips is good don’t get me wrong. I enjoy the game to a point. It’s just a tad unbalanced at the moment. The Developer is only a small team and i’m more than happy to reserve judgement for now and wait until they’ve implemented more changes and improvements.

Still can’t believe I managed to snag an import

I picked up road trip adventure in the Ps2 purely

Christ did I play this game FAR too much. I was sh

I absolutely love the warriors. I didn’t play it

Got this game the Christmas it came out and though