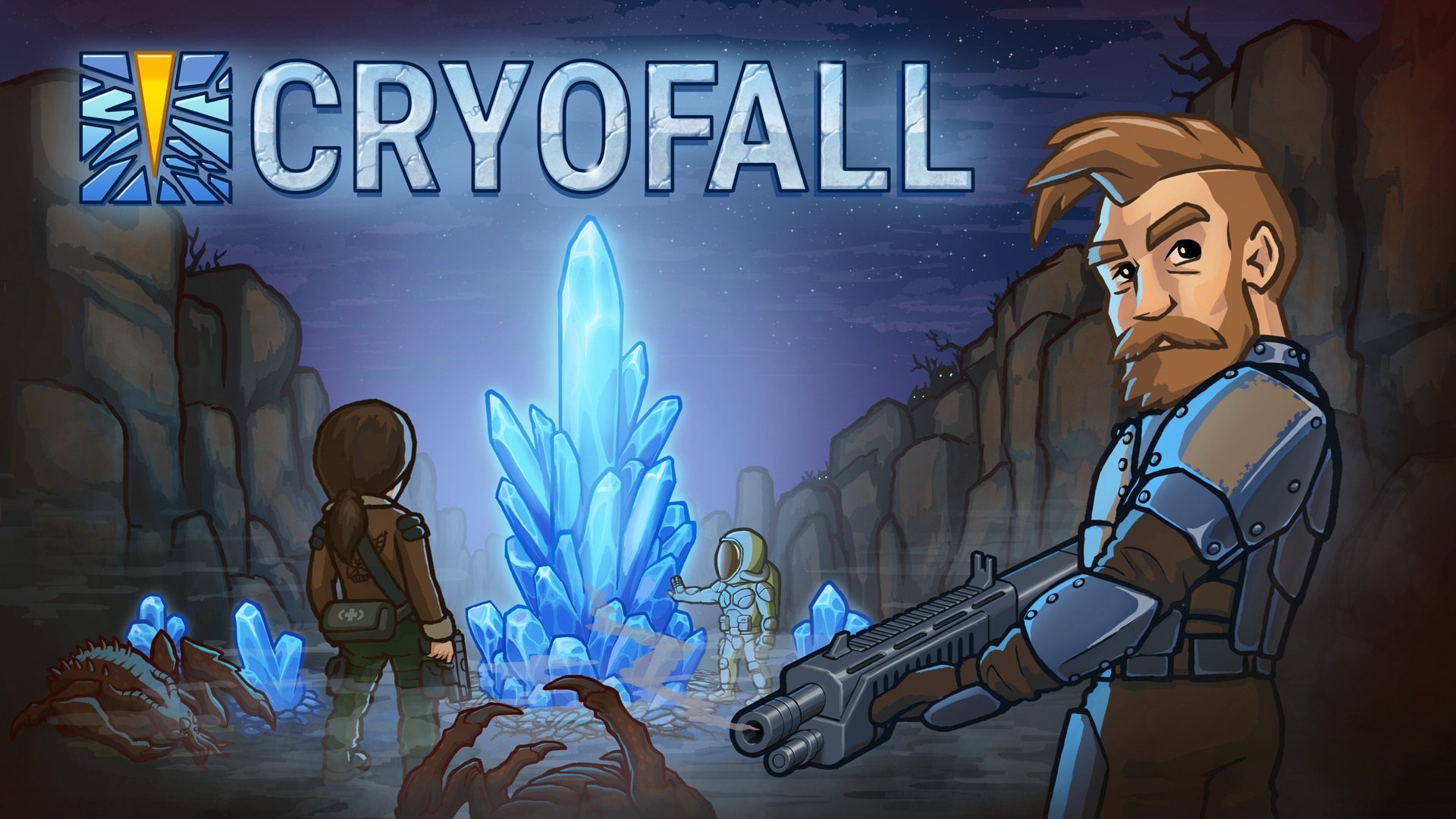 Cryofall is a survival MMORPG developed by AtomicTorch Studio and published by Daedalic Entertainment. It’s available now on steam, here’s a bit more about the game.-

‘CryoFall is a sci-fi multiplayer colony simulation survival game set on a forgotten planet in a distant future.Join the vast world of CryoFall together with other survivors to rebuild your civilization from scratch. Start with primitive technology and simple tools and use them to progress towards modern industrial might and even beyond, eventually reaching space-age technology only seen in science fiction.’

Top down Survival games are few and far between. But Cryofall takes this and does a really solid job of presenting a solid gameplay experience even from well above. You can obviously use the camera to your advantage checking further out in front of you to avoid or attack enemies and help find resources quicker. Everything is 2D also and again the developers have done an excellent job of using the positives of 2D to create a very solid experience. Audio is relatively basic but it’s a survival game set on a desolate planet, there’s not much to hear! That said what little music that does come in is pleasant and compliments the game well.

Being a fulltime multiplayer game There’s not much of a storyline to follow other than what sets the scene, in order to progress you need to complete the quests to collect LP or learning points. This helps you learn what you need in order to build your base and thrive on a desolate planet.

It can be a little intimidating at first, with your character unable to to really defend themselves you have to avoid combat more while you gain the resources you need in order to make better weapons. This is done easily though as the top down style does allow you a bit more of a chance to react to any enemies.

Establishing yourself is relatively simple, you need to find a plot and then place a land claim down. Because your character is permanently online in the server you do need to make sure you return regularly enough to avoid losing your claim. It was a little frustrating finding space for my base but once i got that sorted it was relatively simple building it up. Following quests and using your LP both key in developing your base

Crafting is also a simple process and one with LP at its heart, use your LP to unlock better crafting benches, furnaces and recipes and then gather the materials needed to craft the items. A little bit of trial and error is required. I.E i eventually worked out that using twigs as a fuel created ash. But charcoal  would do the same thing.

There’s a big open world and plenty to explore, buildings and facilities from colonies past are still left for you to fight your way into and out of. Plus with world events on you can join up together with other players and take down a big enemy for loot and rewards.

There is a pvpve mode but i dont really enjoy PVP in survival games, so I didn’t give it a go.

Cryofall is an excellent online survival game with plenty of legs to it. Survival is tough at first but rewarding when you get to grips and develop the tools you need to survive. I only played PVE and enjoyed my time exploring a vast and diverse world.