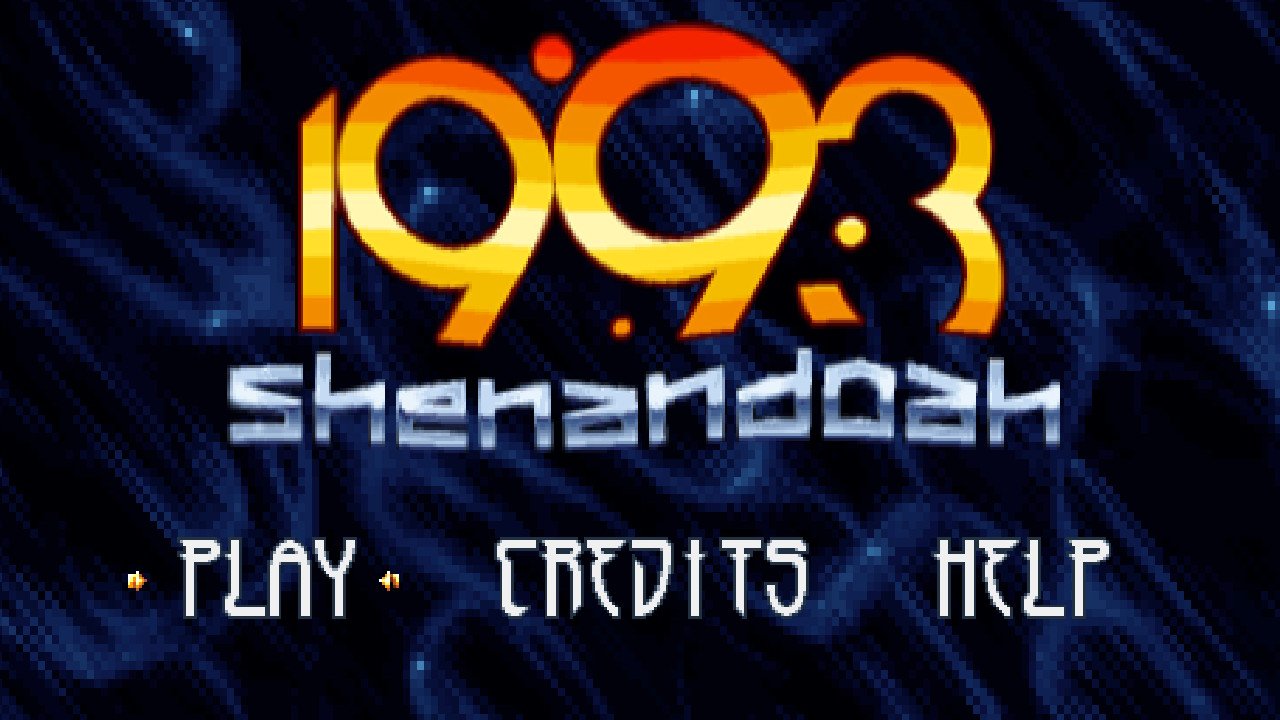 I love games with a story and 1993 Shenandoah has a great story to tell. Originally due to be released on the commodore amiga the game was paused after a tiff between the two developers, it took 3 decades to get to this point but 1993 Shenandoah is finally here.

1993 Shenandoah isn’t a pretend 90’s shmup, it’s the real deal. It’s a proper shoot em up that has been locked away and then released. The artstyle is true to the era and coupled up with the purest 90’s soundtrack you could imagine its instantly speaking to the retro lover in me. Enemies make a very satisfactory explosion sound and the animation that accompanies it is also so 90’s it makes me want to get my dungarees back on before I play.

1993 Shenandoah has a very nice steady pace to play. You feel like you’re in the fight but not completely overloaded from the word go. Early levels feel manageable to new players while hardened shmup vets will still find a challenge. Moving your shields around  as you fly is also a great idea, it allows you to defend better depending on where you are on the screen. At the top? Move your shields down and visa versa.

There’s a variety of upgrades that all cost. As you progress you have more money to be able to afford these upgrades and the upgrades you pick dont matter so much, but add different and cool weapons to your ship.

Battle’s take place on various planets, as you progress the storyline develops, but if I’m totally honest I didn’t focus much on the story at all. The 11 year old in me started skipping dialogue to just cut straight to the action!

Boss fights. At the end of levels there’s a boss, each boss has a different method of attack and there’s a pattern. Work out the pattern and you can obviously exploit that boss’s weakness in order to defeat the enemy. You don’t ever feel hopeless in the fights, just like you have to work it out in order to win the battle. It’s all very old school and i can’t help but really enjoy it.

1993 Shenandoah finally got out into the wild and even though it’s not on the Amiga it’s still a true 90’s shmup. Every element of this game oozes nostalgia and if you’re an amiga fan. Or just looking for a good shmup to play, this will absolutely be up your street.