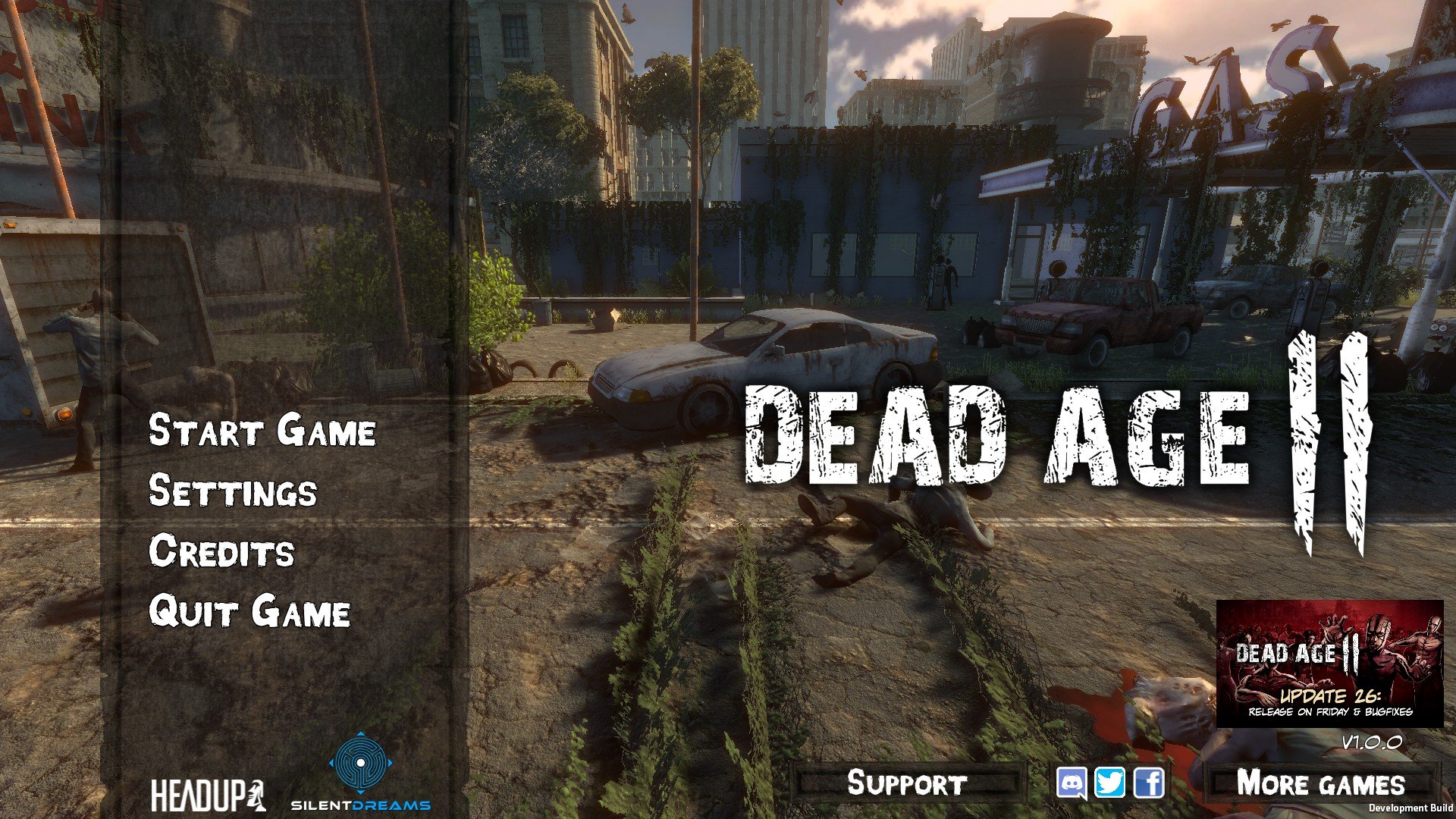 Dead Age 2 is a  survival RPG with turn based combat developed by Silent Dreams and published by Headup. It was released on March 12th and is available on PC via Steam and GOG. Here’s a bit more from the Developer-

‘The successful indie survival RPG “Dead Age” (84% very positive) is back with a vengeance! No other game offers this mix of role-playing, rogue-like, fast-paced turn-based combat and survival all in one. Inspired by Darkest Dungeon, Fallout 1+2, This War of Mine and The Walking Dead.’

Dead Age 2 is set in a post apocalyptic world and it looks really really good, there’s a lot of time and effort gone into making sure that the mood is set and the environments you play in fit perfectly. Zombies take many different forms and there’s really good variance between each, your enemies look fantastic.

Not much by way of audio, there’s no voice narration but plenty of ambiance while you’re out on a run, zombies grunt and attack noises sound as they are supposed to, no flair but solid overall.

Dead Age 2 has multiple elements i’ll break each down-

The base building element of Dead Age 2 is pretty light. You can upgrade your camp, improve defences and so on so forth. Improving your base adds extra perks etc and can be very useful, you can also send out scouts from your base to collect extra supplies to help you stock up quicker. There’s not a lot of depth to base building but its part of a bigger picture and an element that adds to the Survival vibe.

DA2 takes its inspiration from games such as Final Fantasy for the combat system. Which is fine, however it may not please all. It’s not the same as other games such as Xcom where you have multiple different options to attack and strategically position your squad, you’re straight in the fight and using elements such as defensive stance in order to defend from attacks.

When attacking you have a varied choice of attacks available. From close quarters to long range and even special abilities you get plenty at your fingertips to keep fights balanced. This really overcomes the lack of maneuverability and also using attacks that damage all enemies on rows it allows you to even things up if you’re outnumbered

As with any zombie apocalypse style game, survival is a key part and a big element of the game. In order to survive you have to head to different areas in order to collect resources. Water and food are hugely important and without them the survivors in your camp slowly die. I found throughout my time playing DA2 that the game wasn’t too harsh on me and there was just the right balance making me feel like I wasn’t constantly struggling. Scouts also played a big role in being able to maintain enough water and food to be able to progress.

A basic storyline drives DA2 on from its predecessor, This allows new players to join the game easily and jump into the sequel without having to play the first. It’s a very ‘Walking dead’ inspired plotline and while it does little to hide that it’s still a good scene setter for your journey through DA2. As you progress you find out more about the other factions and then have to decide who you want to become stronger with and who you want to make an enemy out of, this also has implications on what ending you get in the game. Your choices as you progress really affect how the world changes and what factions think of you. Its a very interactive storyline and that bodes well.

I grew into Dead Age 2 and while it doesn’t have one standout feature, it combines a lot of elements well enough to make an enjoyable experience. Some may not love the combat but to others this will be a perfect zombie apocalypse.