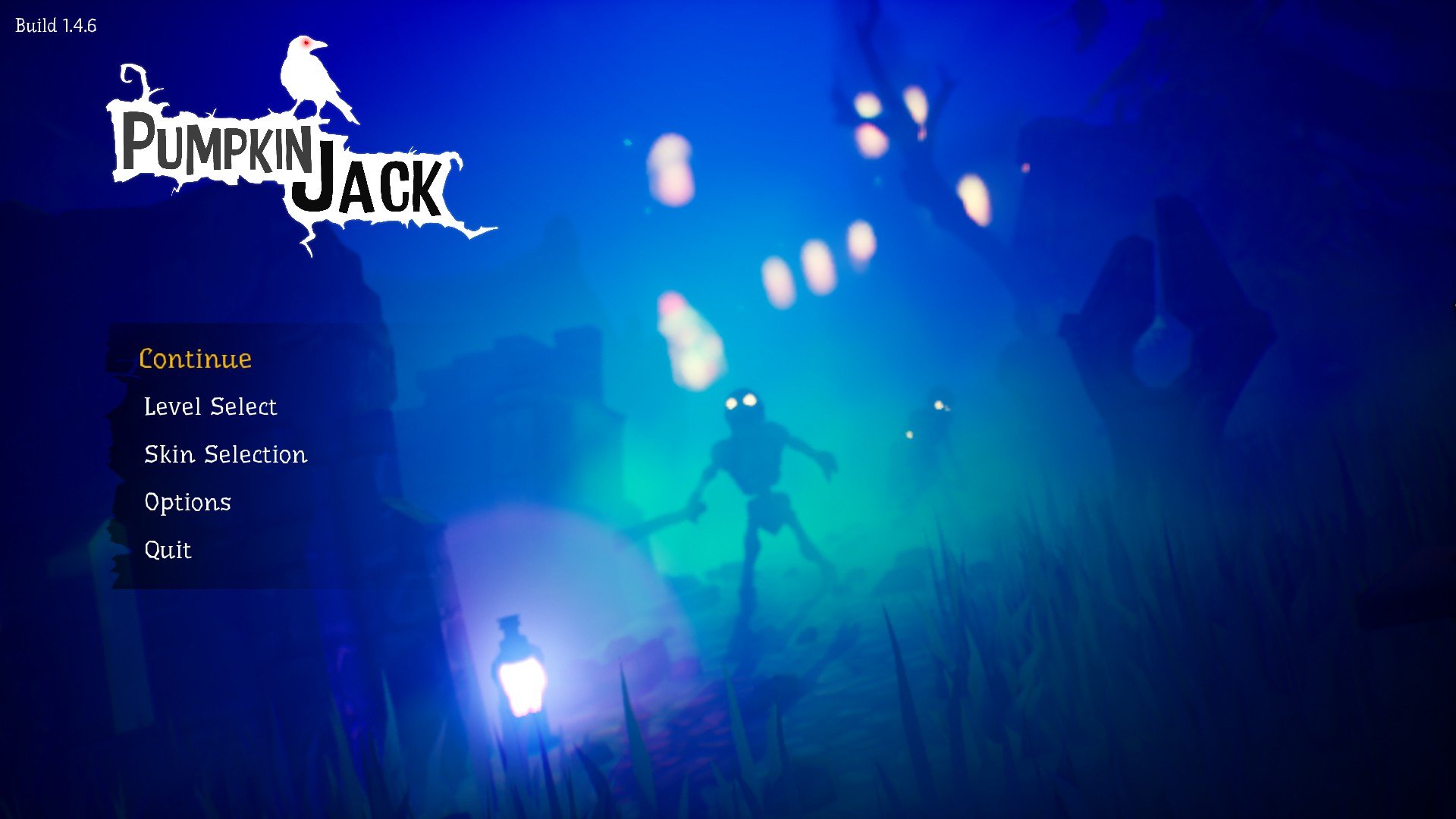 Pumpkin Jack is a 3D platformer developed by Nicolas Meyssonnier and Published by Headup Games It’s currently out now on PC Xbox Playstation and Nintendo Switch. Here’s a bit more from the Developer-

‘Pumpkin Jack is a spooky scary 3D platformer in which you embody Jack, the Mythical Pumpkin Lord! Dive into an epic adventure through otherworldly landscapes and help the Evil annihilate the Good!’

A vibrant cartoon artstyle makes the setting for your quest here with a spooky setting leading to bright and colourful environments and diverse selection of enemies. As you run, jump and hack your way through levels you’ll notice that the environments stay really solid throughout. It’s a nice looking platformer there’s no denying that.

There’s little in the way of voice acting other than the opening narration and that isn’t something to put you off at all. The focus here is on enjoyable platforming, and the background music sits well with the setting to convey the spooky scene. When you approach enemies the pace of the game changes with frantic music taking over to signal that you’re in a battle and to get on with fighting.

Pumpkin jack delivers exactly what you’d expect from a 3d platformer and does not offer any frills either, you have your primary attack which is a melee and hitting attack repeatedly will chain up your blows to a big finish, you also have a secondary attack which throws a projectile bird at enemies in order to damage them from range.

Cauldrons offer safe heaven as save points while a swig of the green potion will restore your health. These come frequently allowing you to never feel like your struggling, hitting objects in the area will also return you a small amount of health.

There are collectables spread through levels with Raven heads the form of currency to buy you new skins for Pumpkin jack. You can also collect up to 5 presents in a level for additional rewards. Gramophones are also spread around for Jack to enjoy a dance to.

The best aspect of Pumpkin Jack is the environment the game is set in, im a big fan of cartoon artstyle and the world in which the game is played in is really a sight to behold, the environment looks great and as you traverse the levels they get better.

Pumpkin Jack is a no frills, does what it say on the tin game that’ll provide you with plenty of platforming fun. The environments are beautiful and Jack is an incredibly cool looking character. However the storyline does little to inspire but is a small part of what is a solid overall game.