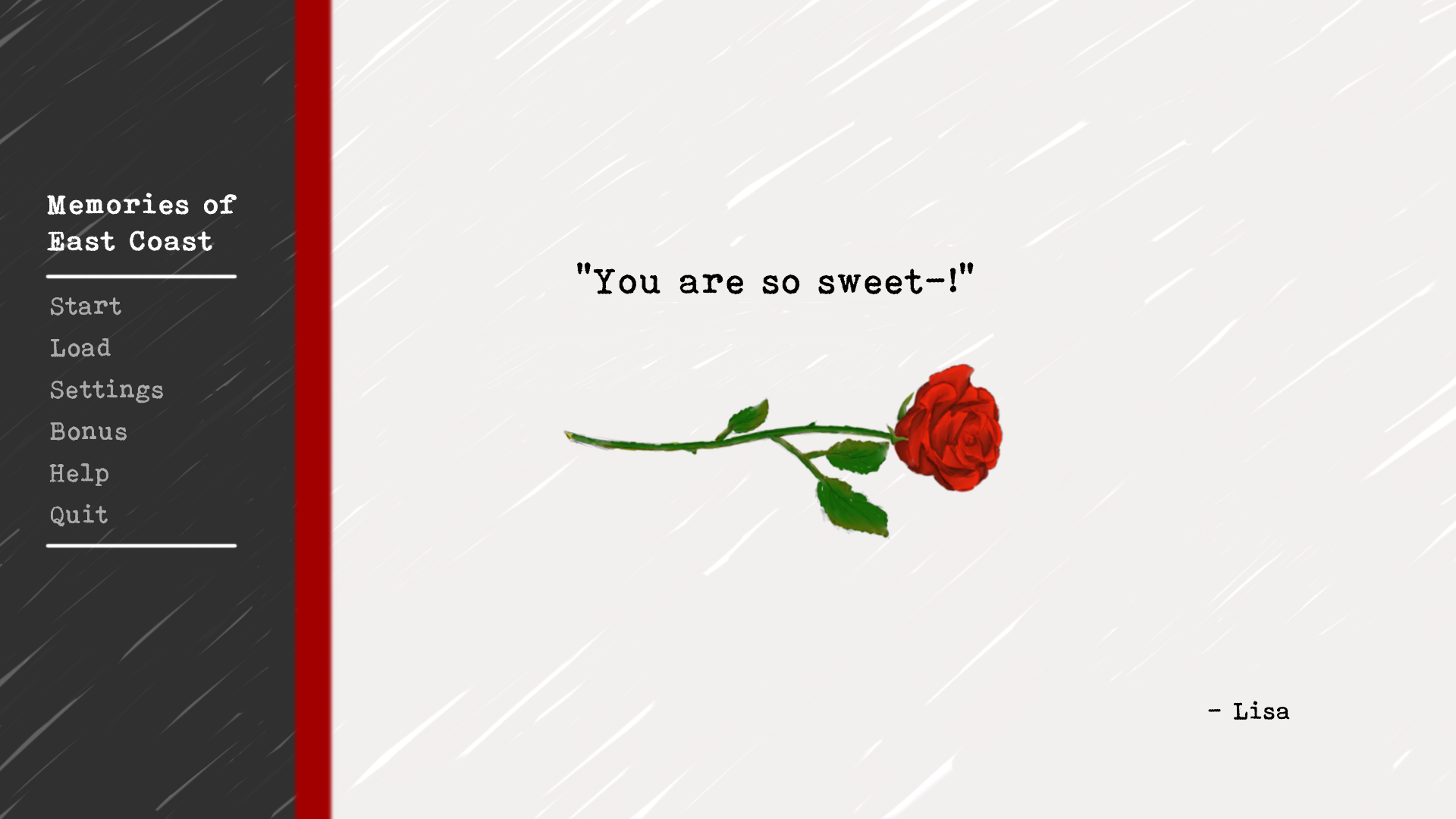 Memories of East Coast is a visual Novel from Roomah Gaming. It’s out now and available on Itch.io. Here’s a bit more about the game-

‘ A young man named Sam struggles with his memories and living in guilt. His revisiting to a place he left 15 years ago brings not just a nostalgic feeling, but also a surprise for a new memory.’

Now with this visual novel it’s a big change from what I usually review. MOEC is visually stunning, wonderfully drawn images set the stage and absolutely exquisite audio pairs up to draw a deeply immersive and very enjoyable scene. Even minor details like the text box have that hand drawn touch to them.

Being a visual novel it’s not really gameplay, you do get choices however the idea is more to enjoy the story and how deeply immersive it is. Although that said the choices are a nice touch and they do make you feel included. Rather than a book telling you what’s going on you control small parts of the narrative. Which is nice.

I’m going to try and write this without ruining it. But you sort of take the role of Sam and the audience (or that’s how i interpreted it.) Sam is struggling to get to grips with things that happened in the past. He then takes a trip during his week off and then the story develops. It’s very deep, it’s very  very enjoyable and it takes turns that I don’t see coming. Not only is it deep and at times a little serious, it’s playful and overall very relaxing. I took this in bites of about 20 minutes and it was really satisfying. I looked forward to diving in and enjoying some more.

I’m not going to put a rating on this one as it’s a visual Novel. But Memories of East Coast is an incredibly well told and presented story that is gripping and incredibly interesting. The story of Sam is solid and very satisfying. If you fancy a totally different experience then it’s well worth giving MOEC a go.