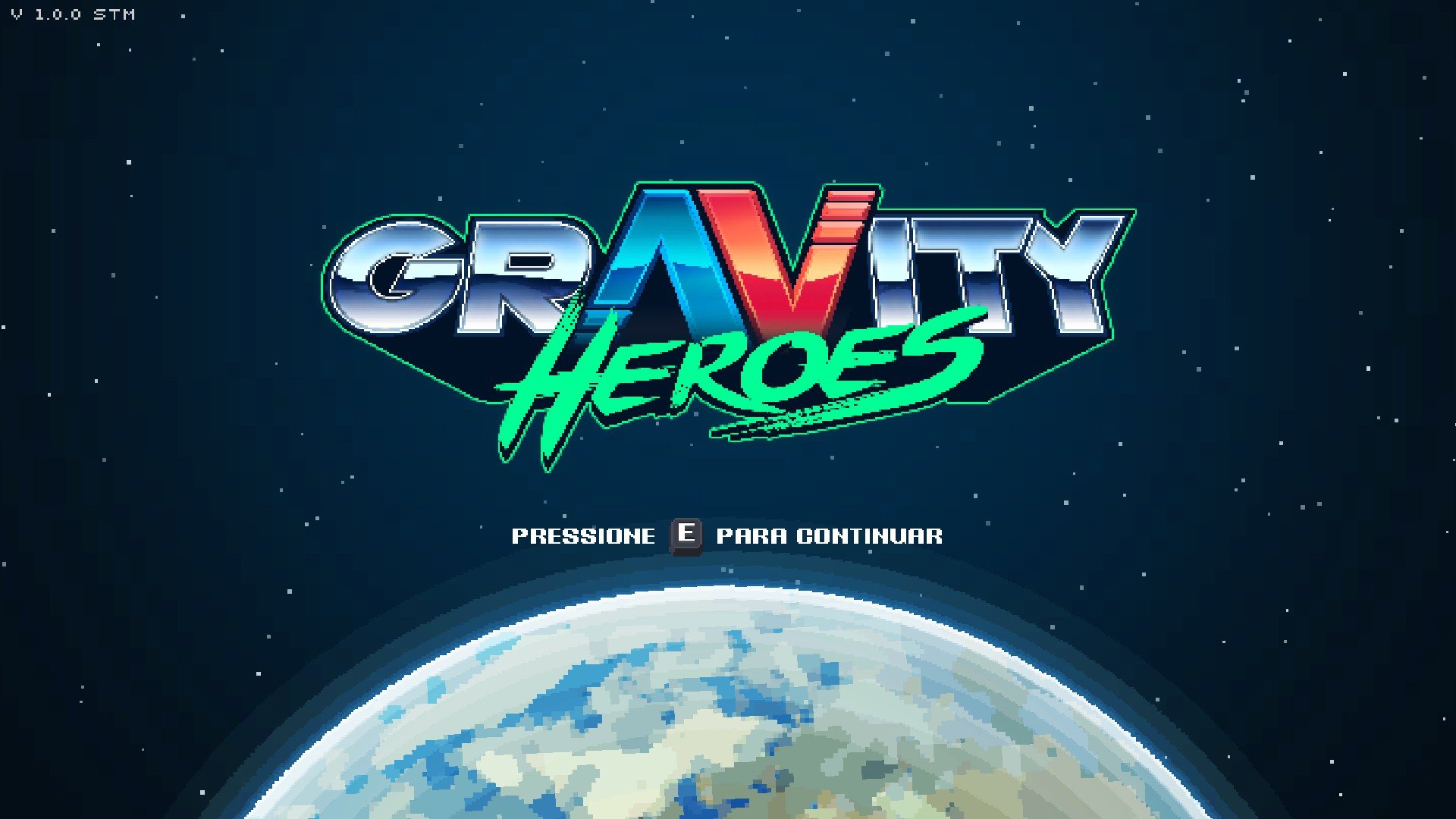 Gravity Heroes is a fast paced 2d platform-shooter Developed by Studica Solution and published by PQube. Here’s a bit more about the game-

‘Gravity Heroes is a fast paced, chaotically beautiful 2D platform shooter. Take control of your character’s gravitational pull with the gravity shifter mechanic and fight hordes of robotic enemies on the ground, walls, or ceiling.Fuelled by 80’s and 90’s nostalgia with an electrifying soundtrack and stylistically popping pixel art style, Gravity Heroes offers action-packed fun playing either by yourself or joined by up to three others locally.’

With inspiration from 80’s and 90’s gaming, it’s not surprising that Gravity Heroes is dripping with 16 bit textures. And it looks really good for it, with the main playable characters all looking incredibly cool in their armour and the bad guys looking incredibly menacing and varied with different enemy types all clearly defined. Weapons look as individual as they sound each having their own unique feature to help you take down the enemy. Backdrops look really good with each level having its own defined theme.

Audio is more of the same with a very fast paced soundtrack pairing up with the 16 bit pixel style. It looks great and sounds fantastic.

Gravity Heroes takes the platformer genre and adds a twist in an attempt to freshen it up. Through being able to shift gravity you’re able to bounce from wall to wall in order to dodge enemy fire whilst outsmarting and out pacing your enemy to take them out. And boy do you have to be quick. Some enemies bounce around quickly and somewhat randomly making it hard to keep track of which enemy is where and this game can really get on top of you if you’re not sharp. You really need to make sure your focussed on the task of clearing the waves to progress through the levels.

As you progress little bots drop items and powerups for you to grab and use in your fight. This evens up the battle somewhat and allows you a chance to fight back and regain control if you’re struggling. Power Ups include the usual weapons and armour to help you.

The story is somewhat lacking, I didn’t really get into it and felt like it was just there. It didn’t detract from the gameplay at all though which i was really pleased about. For some the story will be great but for me i just didn’t connect with it.

Every so many levels you’ll encounter a boss level.

There’s three different game modes, Campaign Arcade mode with survival. I really got hooked on the Survival mode the most and really enjoyed just endlessly battling waves of enemies, Survival for me is where Gravity Heroes shines through the most and is at its absolute best

Which way is up?

My favourite aspect of Gravity Heroes is also the bit i struggled to get to grips with at first, mostly because i was using mouse and keyboard and controller makes so much more sense for this game. The ability to shift gravity really is great. Any wall or the roof are places to escape to to get a couple of seconds breathing space before you plan your next move and really without the gravity shift you’d struggle to keep up with the games frantic pace.

Wonderful artstyle and great fast paced audio make for a fantastic experience, while the campaign does little to hold attention, The arcade mode does absolutely loads to redeem it.