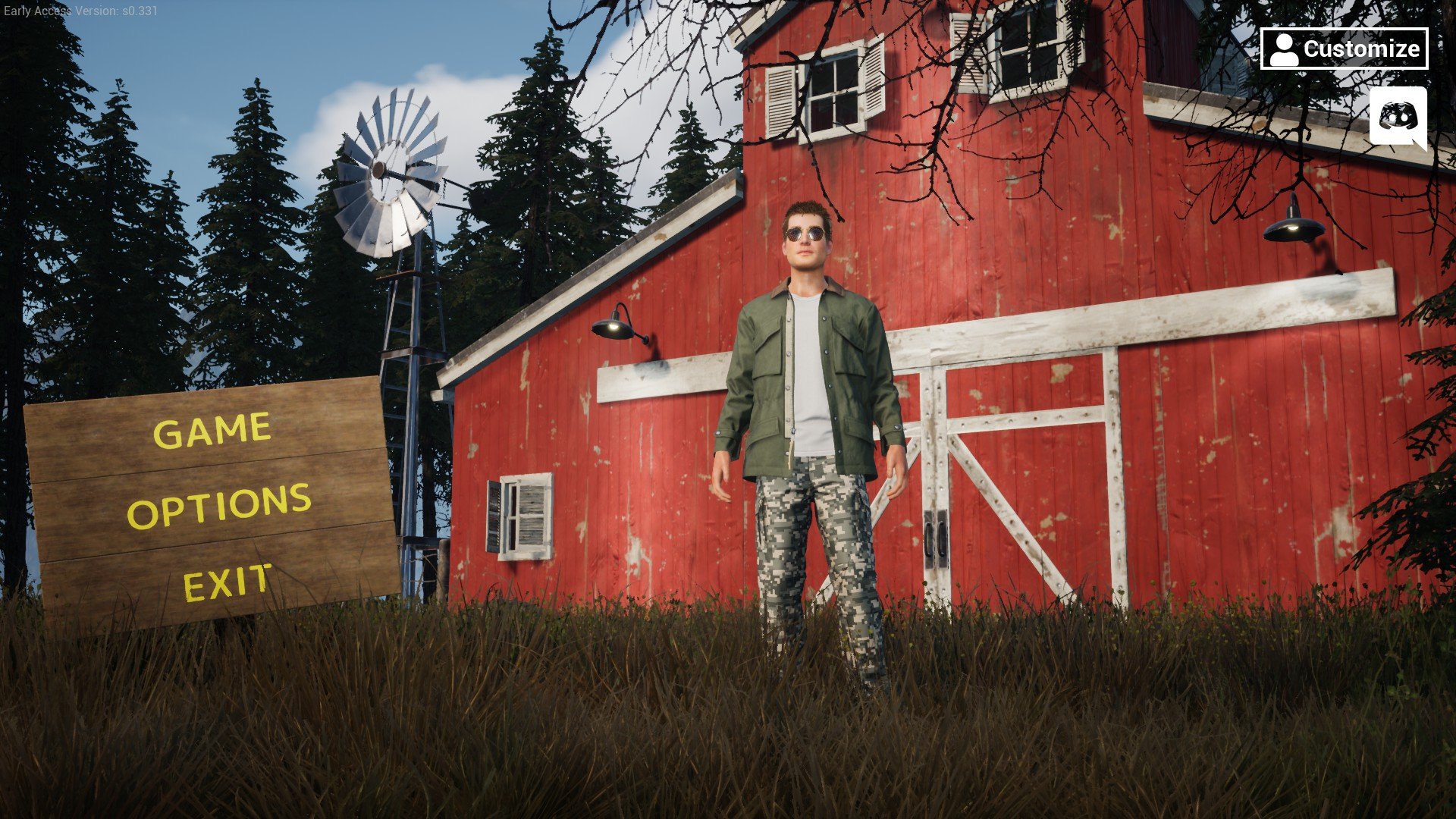 Ranch Simulator is a Realistic Farm Building and Agriculture management sim developed by Toxic Dog and Published by Excalibur games. It is slated for release on March 4th 2021. Here’s a bit more from the Publisher.

‘It was once your grandfather’s pride-and-joy, but your family ranch has fallen on hard times and it’s up to you to turn things around. Sitting in a remote forested valley, the dilapidated homestead will test all your abilities as you attempt to turn it into the most prosperous ranch in the region – either alone or in up to four player co-op multiplayer.’

In terms of atmosphere it’s nice, you know you’re out in the woods, birds and wildlife are rustling around and making noises as you move through the terrain, it’s very ambient and it feels real. Vehicle noises are there and sound okay, while sounds for other actions are included but don’t really make you feel like you’re carrying the action out. Things like the saw mill work nicely though.

At this early stage the game is a sandbox, a very small amount of handholding takes place at the very start of the game to show you the basics then its off you pop to rebuild the ranch. Some of the actions are crude, as in you run with your arm straight out when you’re using the hammer. And in order to get in a vehicle you have to change to hands in order to be able to get in and start the vehicle.

There’s a good array of buildings available to construct which all very much look the part. When you build these buildings you’re basically putting up the framework in order to complete that building. Which again is a little crude but the basic idea is very good and with a little refinement could be very slick.

Some of the tasks you need to complete a building can be a little long winded, it’d be great to see collecting wood planks being a little bit easier. Rather than having to place planks 1 by 1 on the back of your truck it’d be nice if you could say back your truck up to the saw and have the planks automatically stacked. And be able to load up multiple logs onto the saw in order to get a bit more done. Little refinements like that would go a long way towards the overall experience.

Go on the Hunt!

Another aspect of farm sim is hunting, you can track various wild animals in order to sell their meat at the general store to help you make more money. There’s an array of animals roaming the wild in the area and you have to be silent in order to creep close enough in order to be able to take the shot. That said there’s no bullet drop (it would appear) and the accuracy of the weapons, even the base revolver is nearly perfect. It’d be nice to see some accuracy changes to the weapons in order to improve the experience.

Ranch Sim is a wonderful idea that sim enthusiasts will enjoy, but at this early access stage it’s crude but enjoyable, with some processes needing a little bit more refinement in order to improve the experience. But generally speaking it’s a great idea that with a good roadmap and some refinements could be a very solid Ranch Sim.