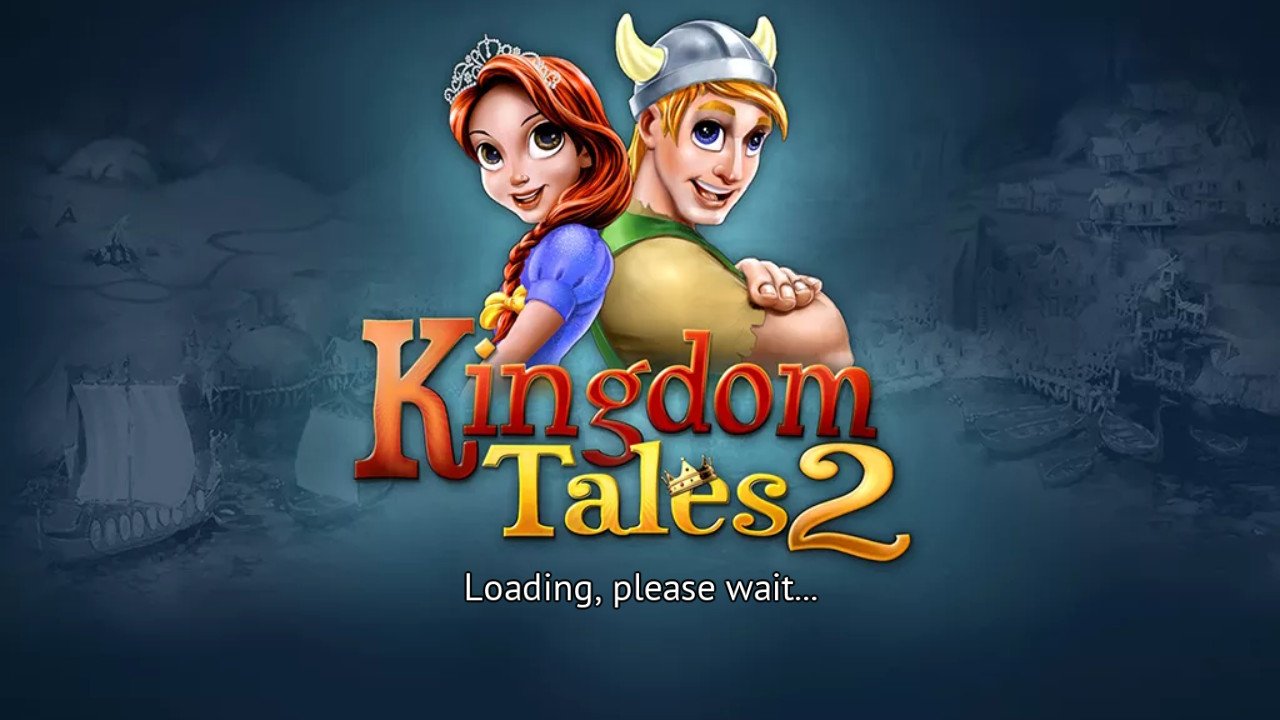 Kingdom Tales 2 is a casual strategy game from Ocean Media LLC. It released on Jan 7th, 2021. Here’s a bit more about the game-

‘A long time ago, there was a kingdom ruled by the fair king, Arnor. He had a most beautiful and clever daughter, princess Dala. Noble lords from many kingdoms begged the King for his daughter’s hand. But, no one was good enough for his Dala. However, in absolute secret, the young blacksmith Finn and Dala were in love. Until one day their secret love was revealed! King Arnor was furious!

Join the expedition of the king’s builders and architects on their noble quest! Explore, gather, produce, trade, build, repair and work for the wellbeing of all of your subjects! But watch out! Greedy count Ohli and his spies never sleep!’

Graphically there’s no major changes between KT1 and KT2, some of the buildings have changed I.E huts are now houses and instead of water you now have food. These buildings fit in well with the overall aesthetic of the game and honestly it’s simple, but good quality.

The opening cutscene see’s a jump in quality from the original title and audio is much the same as the first. Overall small but solid improvements from the first.

Largely there’s no difference between KT1 and KT2 in this department either. But if it isnt broke dont fix it! A tap of the finger to build farms, workshops and other buildings makes for simple, casual and enjoyable gameplay. A very in depth tutorial holds your hand thoroughly and teaches you exactly what you need to know to make sure that your experience is enjoyable. And the difficulty modes can be changed on the fly to make sure that you get the enjoyment, or challenge you want.

There is a story, and main characters that help you through, and as you complete the levels there’s more plot that gradually opens up. You can do anything much to change the plot but it’s still a good storyline to have over the top and keeps it interesting. Although if you don’t follow it you’re at no real loss.

Give me a spin!

One element in KT2 that’s pretty fun is the prize wheel. It costs 1000 gold per spin and you can win prizes that either help you improve your settlement, add gold to your bank or extra wood that’ll help you with your upgrades. All very good relaxed fun.

Kingdom Tales improves little over its predecessor. And to be honest the few minor changes are for the good. You’ll get a great experience playing either and i just enjoyed the second more. Solid casual one tap fun to relax with.