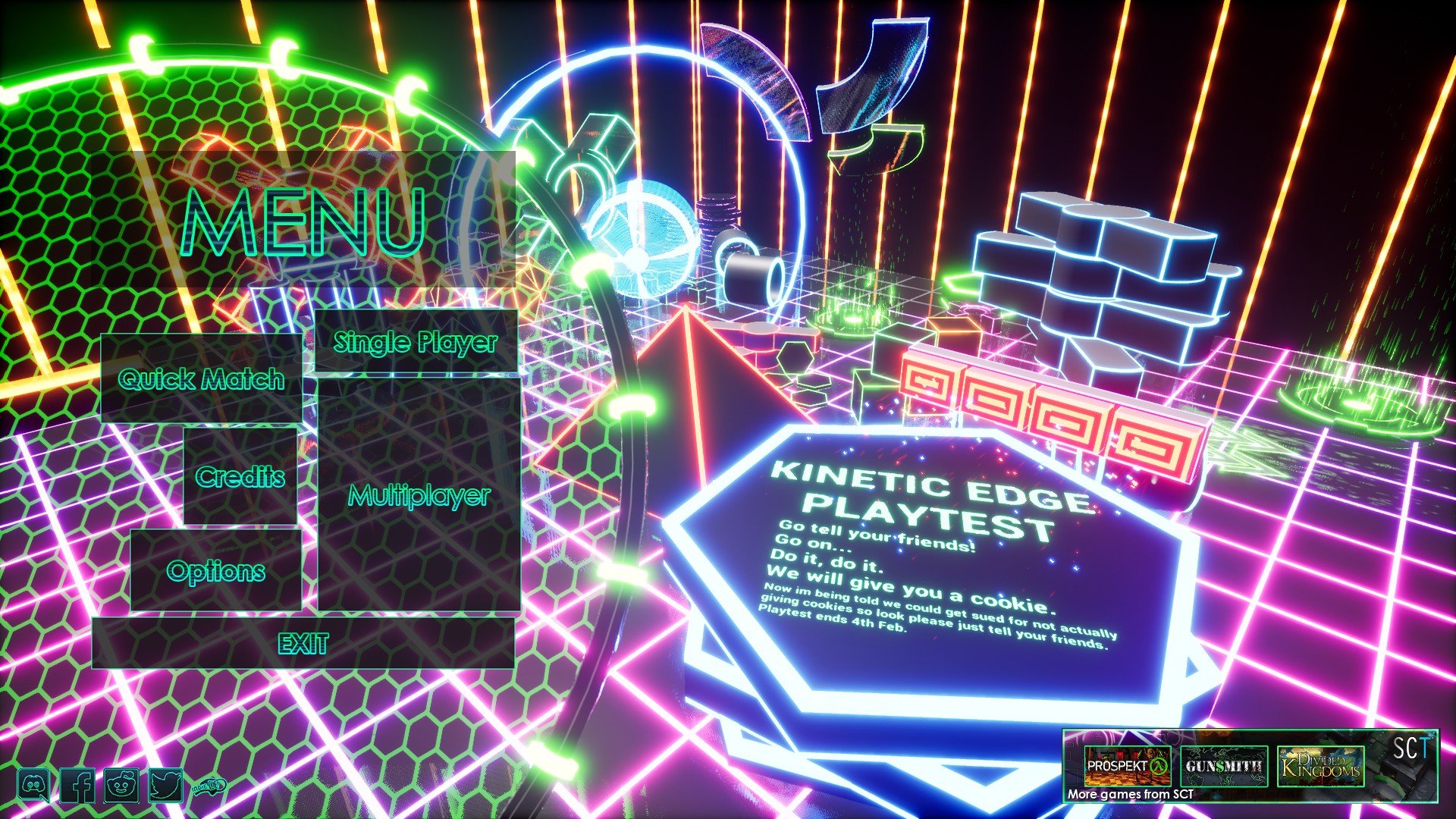 Kinetic edge is a fun arcade style multiplayer game with various game modes, it’s out now. Here’s a bit more about the game-

Kinetic Edge is a physics game where you control a variety of shapes and objects to complete game modes and challenges. Kinetic Edge is designed to be a fun experience with friends or singleplayer with plenty of game modes to try out.

Neon art style takes to the fore here with bright lights and bold colours headlining the arcade style. Floors are glossy and reflective while obstacles have bright outlines and are easily visible. Everything looks great and it’s awesome.

Solid techno/electric audio beat adds to the ‘humm’ of the ball/object moving. dash/blast both have sharp satisfying sounds.

Largely the game plays really well, in some modes there’s the odd invisible wall you seem to bounce off occasionally. Otherwise there’s a good variance in pace across the modes, race and Gauntlet require more skill and thought while maze is an all out thrash to get through to the other side. Golf is a complete change of pace with the ability to take your time and plan shots rather than try rushing.

The game has four modes, i’m going to break each of the modes down below to do it justice.

Race is either against the clock in single player or against others in Multiplayer. Race is incredibly good fun and I can see this mode standing out as the most popular. In this mode you have to make it through ten check points before your opponents do. In order to slow them down you can use blast to literally blast your opponent out of the way while dash gives you a short sharp forward boost to overtake or get yourself out of trouble.

As you progress through checkpoints your ball will sometimes change to a cube, or a cylinder, different shapes provide a different challenge especially when it comes to getting them moving efficiently.

Bit of crazy golf never hurt anyone! This mode pits you against other players over 10 holes to see who can complete the round in the fewest shots. Courses are varied and interesting. With the difficulty changing over the three levels. It may sound simple but its incredibly tough with the ball physics being so accurate, it means too much or little power can land you in a world of trouble. Or even off the course!

Exactly that. Participants are dropped at the start of a maze and a marker is set as the exit point. As you get closer the distance marker at the top drops until you hit zero and you finish. It’s incredibly good fun and a great challenge, I enjoyed this mode a lot.

Like race but far tougher. It took some serious effort just to complete the training level! Again like race you can either run the gauntlet by yourself against the clock or v others online and race to win. Dash and blast both are really useful here. Along with patience and nerves!

I couldn’t play this mode because not enough reviewers were on at once in order to have a go but the premise is to knock other players off the arena to make them lose points, you gain points by staying in the green zones.

Kinetic Edge could be huge, it could be the next big multiplayer title that fits the boot of something fun online with friends or against strangers. There’s plenty to play in the multiple game modes with a pace for everyone. When you’re looking for something fun to play either alone or with your mates, Kinetic Edge is definitely worth a go!