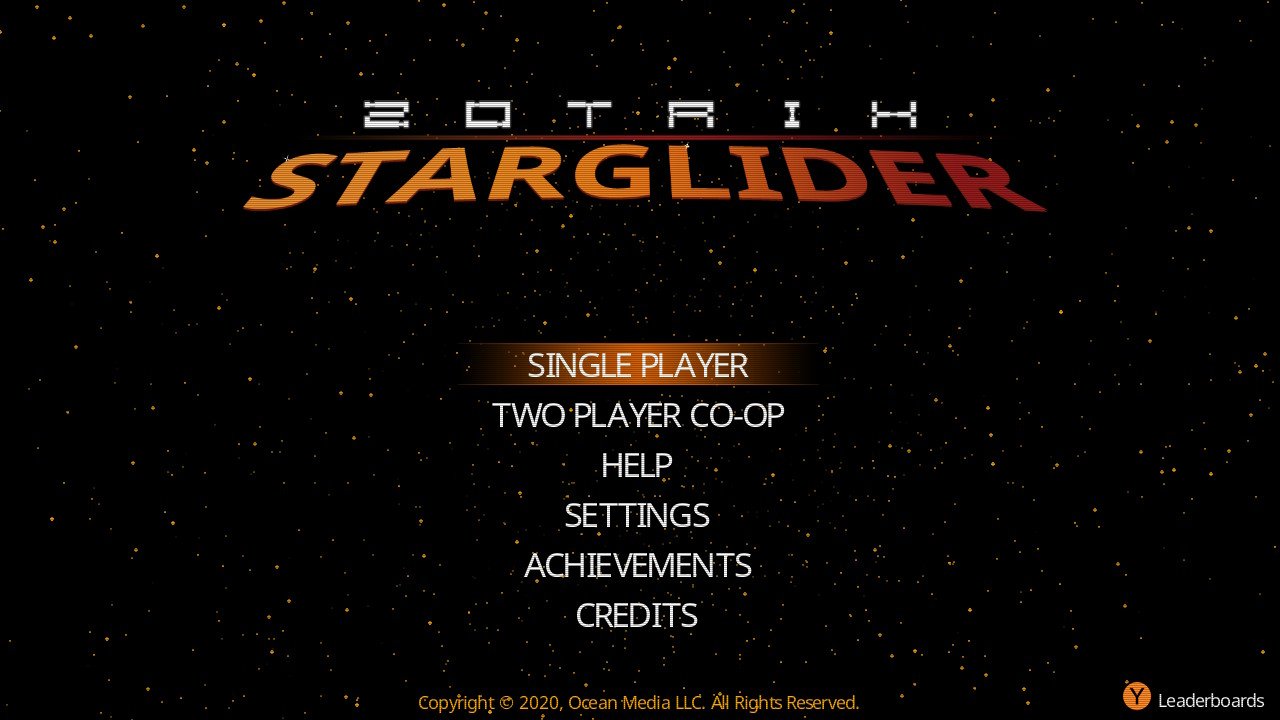 Zotrix Starglider is an arcade style shoot em up (shmup) from Ocean Media and is out now on Nintendo Switch. Here’s a bit more-

‘Zotrix is an arcade space shooter inspired by early shooter games on arcade machines from the 80’s and early 90’s. Designed for all generations it contains levels with nice and colorful enemies while focus is on the arcade element of the gameplay.’

With the focus being on arcade games from the 80’s and 90’s the graphical style is 16-bit. Your ship looks clean and is easily noticeable when the going gets tough and the screen gets chaotic. Enemy ships are also distinct with easily distinguishable colours so that you know what type of enemy it is. Asteroids also litter the screen for you to shoot, of which explosions and weapons look good, you know the difference between the weapons you have when you collect power ups and everything is distinct. A key feature in a fast paced shmup!

The Gameplay loop is simple, you start at wave one and fight your way through waves of enemies racking up points. Three waves make a stage and each wave becomes more difficult.  There’s plenty of power ups too, with weapon power ups and health boosters dropping every 15 seconds in order to keep you in the fight. The difficulty curve is very good too. With a steady up tick in difficulty as you progress, making it easy enough for new players to get used to the game while veterans don’t feel it’s too easy.

As you progress you can unlock different ships and other upgrades in order to be able to progress deeper into the game and achieve a higher score. These upgrades are gained just through play alone.

Shmups are bread and butter to many, and Zotrix Starglider  ticks all the boxes with solid gameplay the most important of those. Its a solid, enjoyable shoot em up that boasts enough unlocks and upgrades to keep you more than interested.