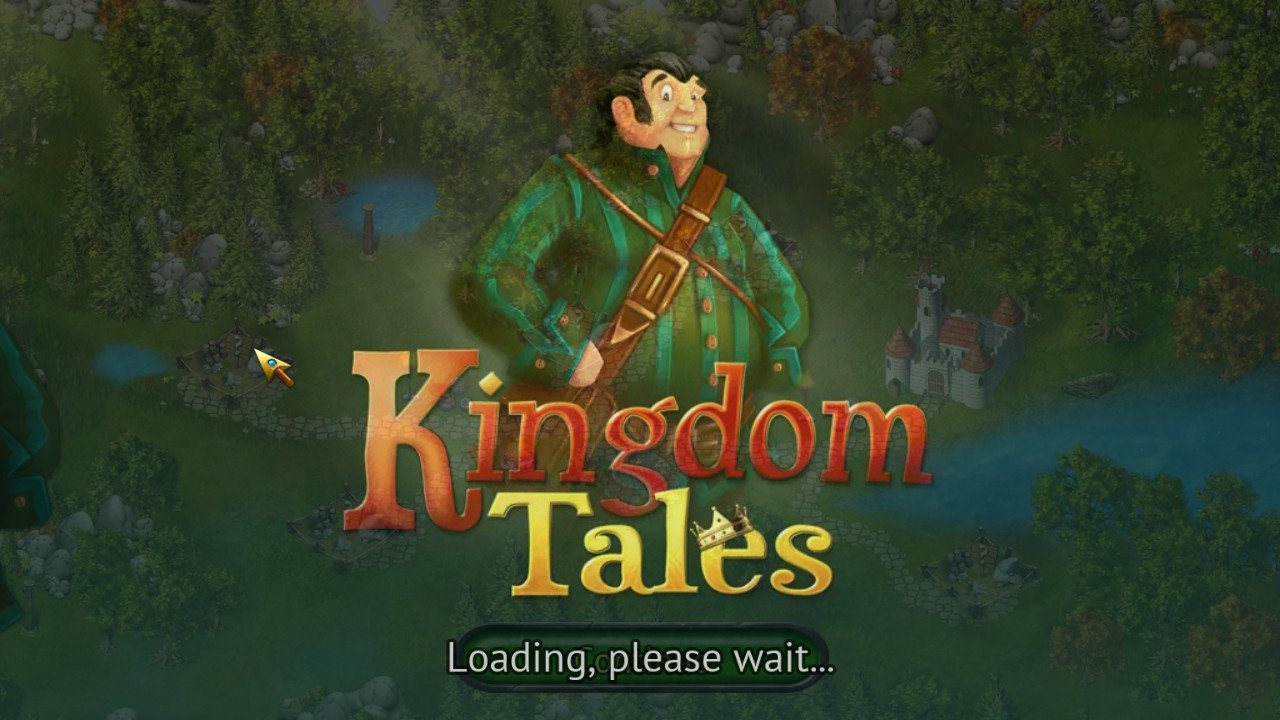 Kingdom Tales is a casual strategy game from Ocean Media. It was released on Dec 20th. Here’s a bit more about the game-

‘An ancient prophecy proclaims: “One day, the mighty dragons will seek new territory to claim as their own! The day has come! The prophecy has been fulfilled!”

Now, only the most courageous and just of leaders will be able forge a friendship between mankind and dragons! Step into the role of the steadfast and altruistic leader who’s quest is to ensure the safety and prosperity of all people and creatures in the kingdom!

In Kingdom Tales you will explore the land, gather, produce and trade resources, build and repair subjects’ homes and community structures, and work to increase your subjects’ level of happiness!’

Top down point and click games have a different look about them and Kingdom Tales has the look synonymous of the genre. Your kingdom is drawn well with different types of buildings all very distinguishable. As you collect taxes little ‘taxmen’ run out to collect funds which is just one of a few nice touches despite being a budget title.

45 levels means plenty to chew on. You start small, learning the basics of your kingdom, with simple objectives helping you learn how to rule your kingdom and the various mechanics at play. As you progress things become more and more difficult with you managing the evermore demanding needs of your kingdom.

Enemies also appear in the game. As you start out it’s wolfpacks that need clearing, as you progress things become tougher and you meet an ever changing variety of characters.

A great strategy game suitable for leaders young and old. 45 levels provide plenty of content and simple mechanics mean that casual players or hardcore strategy lovers will be covered.