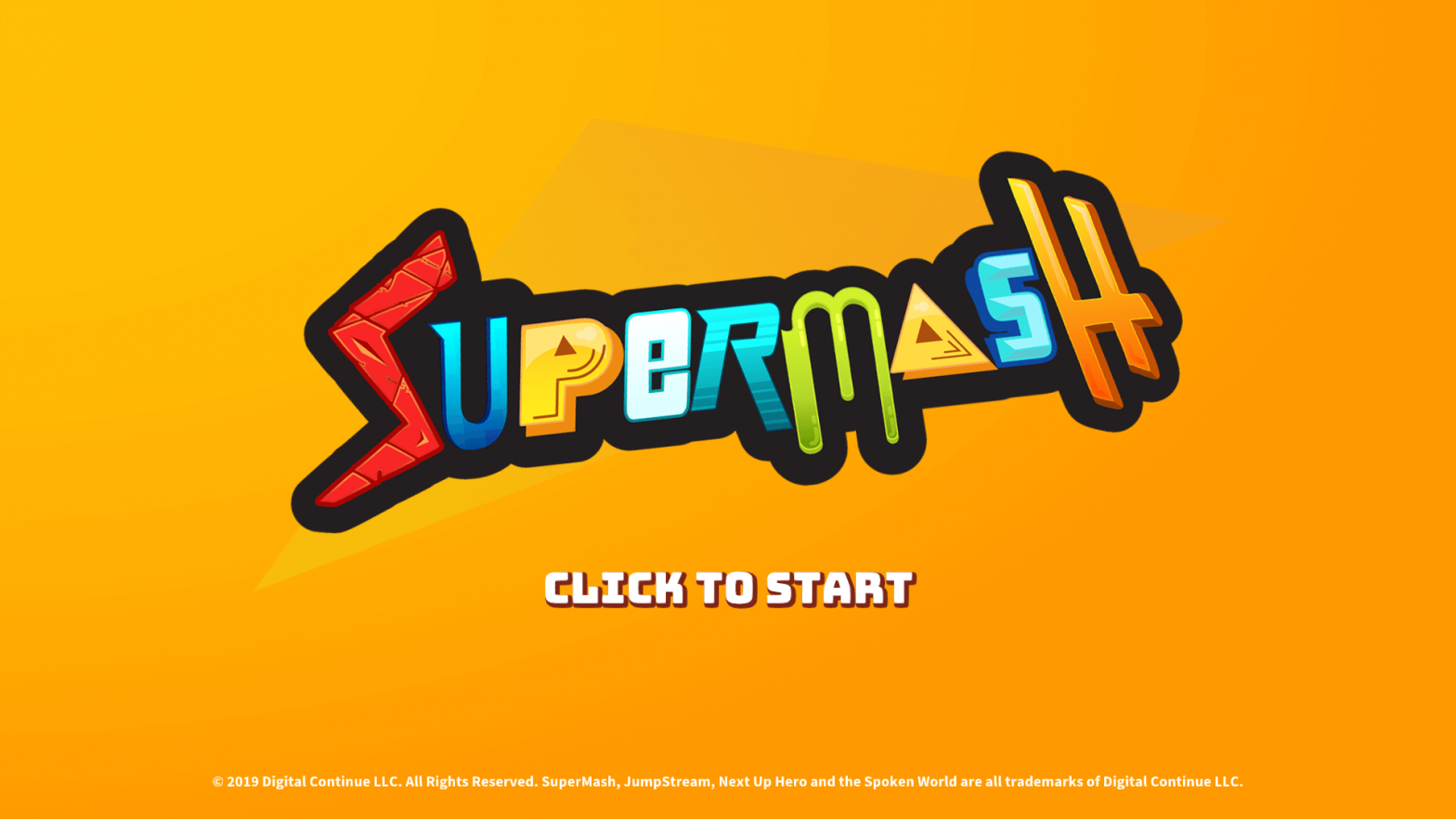 SuperMash is a bit different. It’s not a specific genre, it’s a game creator developed and published by Digital Continue. here’s a bit more-

In SuperMash, players can blend together iconic genres to create never-before-seen gaming experiences! Jump through classic Platformer levels with a tactical Stealth character, fight as spaceships in engaging JRPG battles, and more!

Graphically SuperMash blends a nice mix of 16-bit game graphics mixed with a colourful and clean store in which your character stays to play the games. The 16-bit games are very clean and authentic and the vast variety of enemies and characters all look good. Cutscenes don’t have much by the way of animation but are drawn well and do a great job despite their simplicity.

No chiptune audio for the games, but a rather retro reinvented audio style means the tracks sound modern but still have the 90’s vibe. There’s little in terms of voice narration apart from the opening sequence but cutscenes are short and to the point so no real issues.

The meat and gravy of the game is in the ability to mash up different genres to varying effect. In order to really enjoy SuperMash you have to embrace the anarchy a little because games are being mashed together randomly and don’t necessarily make sense. That said some mash ups produce excellent games that’re well worth replaying a couple of times. I found myself stumbling into great mashups well worth saving on plenty of occasions.

Every game gets an opening title screen, a short intro and then a character which is random. You then get abilities, moves and specials in order to help you complete your task. Of which tasks are usually to collect x or mine x or defeat x in a time limit. It’s repetitive but the idea is to have a different environment to complete the task every time, which keeps the game fresh and interesting.

Occasionally I did get mashups that simply didn’t work. It’s not a big deal because there’s no penalty for quitting the game. Which means when you do find a combination that doesn’t work or creates a mashup you just can’t use then you just exit and try again. Not a huge loss but can be a little frustrating when the only thing that stops you from enjoying a weird mashup is the direction your character fires in or walks.

There’s a storyline over the top too. Your main character gives a little lad his favourite handheld at a yard sale and the homeowner gives you a box of games with the console inside. Said console takes two games and mashes them together taking elements from one cartridge and mashing it with the other. It’s a great concept and one that I really enjoyed from the get go.

Dev cards can be unlocked by completing levels or buying card packs. These cards allow you to add elements to the game such as selecting your own character, weapons, enemies, music and so on so forth. So, if you find something you like and you’ve got the card then you can add it to your game and enjoy it!

Another great element of SuperMash is the ability to share the game you’ve created with your friends and let them share games with you using a code. So, if you stumble across a great combination then you can share it and allow your friends to enjoy it too.

Fun and enjoyable, SuperMash does something different and tries to create something new, it does it well for the most part. Some mash ups fail to work or have game killing flaws which you are almost guaranteed to get. But look past that and you’ve got a game that creates an unlimited supply of games. What’s not to love? – 8.5/10