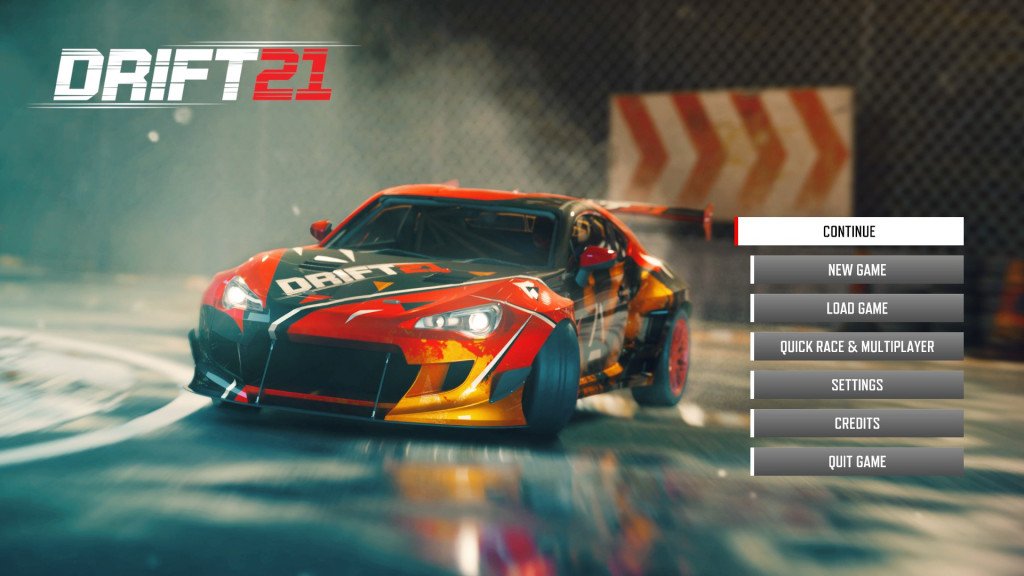 Drift 21 is a drift racing game Developed by ECC GAMES S.A and Published by 505 Games. This game is currently Early Access and doesn’t have a release date just yet. Ive been granted early access to an unfinished product and will conduct a full review when it’s Released as a finished title.

Drift 21 tries to take the next big step into the world of car culture and allow players to actually build the car they want to drive. You can buy 1 of 5  base cars on offer at the dealership, then drop in your choice of engine, transmission etc to build the car exactly how you want.

The Level of detail when it comes to building the car is fantastic. In order to change your tyres you have to use a tyre changer, you take the wheel off the car and take it over to the changer. Then pop your new tyre on and balance it. It’s that deep that I wondered if there’d be a lost socket down in the engine bay side challenge!

A dyno tells you about the power you have while various different stages give you direction as to what parts you need in order to meet the requirements for challenges.

Challenges take place on 6 tracks that will instantly be familiar to drifters. Events are separated into free run, solo run and Time Attack. With just a solo run and time attack having challenges that earn you money in order to build more cars.

Just 5 cars available for now with some drifter favourites already dropped in at this early stage. All the cars are officially licensed too which is really great to see. The RX8 among the touge warriors available already. Just a BMW e46 for the Euro lovers right now.

Shut up and drive

On wheel there’s little to be said. Cars drive fine and there’s no complaint from me at all. On the controller however the experience is a little less silky. On the controller the cars feel a bit skittish and can be difficult to control. The front end feels like it has zero weight as obviously with a controller lock to lock happens far quicker than with the wheel. This needs to be sorted out as not every player interested in drift 21 will have a wheel or room for one.

Otherwise the driving experience was great. Cockpits are nice to be in, with plenty of different views that’ll suit just about everyone. Engines sound different between the L4 straight six and the V8 units and you know which you’re driving.

There’s potential by the bucketload here. A Deep mechanical side to the game will appeal to many hardcore drifters looking to perfect their builds. While the tracks will excite everyone. Just the controller handling that needs to be tweaked, more cars added and a bit of extra work to the building side of the game to make sure even new players understand. Dorifto!