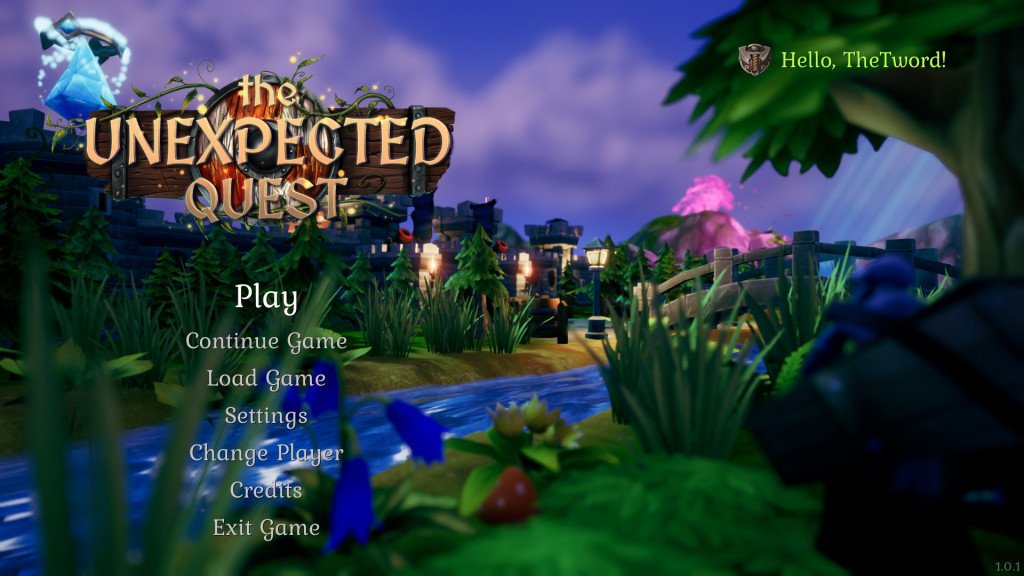 The Unexpected Quest is a point and click Strategy adventure game From PQube and developed by Rionix. It’s already released on Steam and Itch, here’s a bit more about the game-

The medieval settlement building and management adventure strands players in a foreign land with only one goal – conquer and settle within the wildly beautiful yet dangerous and mysterious landscape. Inspired by classics such as Warcraft III and The Settlers, The Unexpected Quest sets players out to embark on quests, hunt down treasures and manage your resources. Gather materials, build towns and armies, craft items, potions and more in your efforts to successfully dominate the land.

Playing from a top down perspective, The Unexpected Quest does a really great job of looking bright and vibrant with a real sense of exploration coming from the environments you play in. Everything is clean and looks really really good. The chapters you play in have multiple different biomes and even castles look and feel the part. Time has been put in to really make sure that The Unexpected Quest looks the part

Point and click adventure/ strategy games are my bag, and The Unexpected Quest really has the gameplay to scratch the itch. You start off needing to clear stone and wood and gather any other materials in the area to be able to build additional buildings in order to recruit more workers and soldiers. As you progress through the chapters quests become more challenging requiring you to craft certain items to complete them. There’s additional quests to go along with the main goal of that chapter. Even the way that quests are delivered is great, a little quest book with well written dialogue for each mission makes for a more immersive experience. I really got into it!

Buildings are a key part to your success, they provide you with your resources to build an army of workers and troops to clear chapters. While there’s not a large amount of upgradeability the forge the potion crafter adds plenty more upgrades to more than suffice. Craft better weapons and tools to progress to different parts of the map and even use bombs to clear larger areas to complete quests.

Combat is very ‘does what it says on the tin’  but does not detract from the overall quality of the game. You Are limited to using one soldier to attack one enemy which can draw out battles. However crafting better weapons is the way round this allowing you to win more of your fights. Bowmen Mages and Swordsmen are used specifically on different enemies generally of the same class. That makes for even battles. Potions and other enchantments can be used to give you an advantage if you’re struggling. You don’t feel held back by a lack of resources and there’s always a way to tilt the battle into your favour

I genuinely enjoyed The Unexpected Quest a lot. It looks good and plays well, point and click means you don’t need much skill to be able to get into it and there’s plenty of fun here no matter how experienced you are. If you’re looking for something to sink your teeth into that won’t break the bank then get into it.